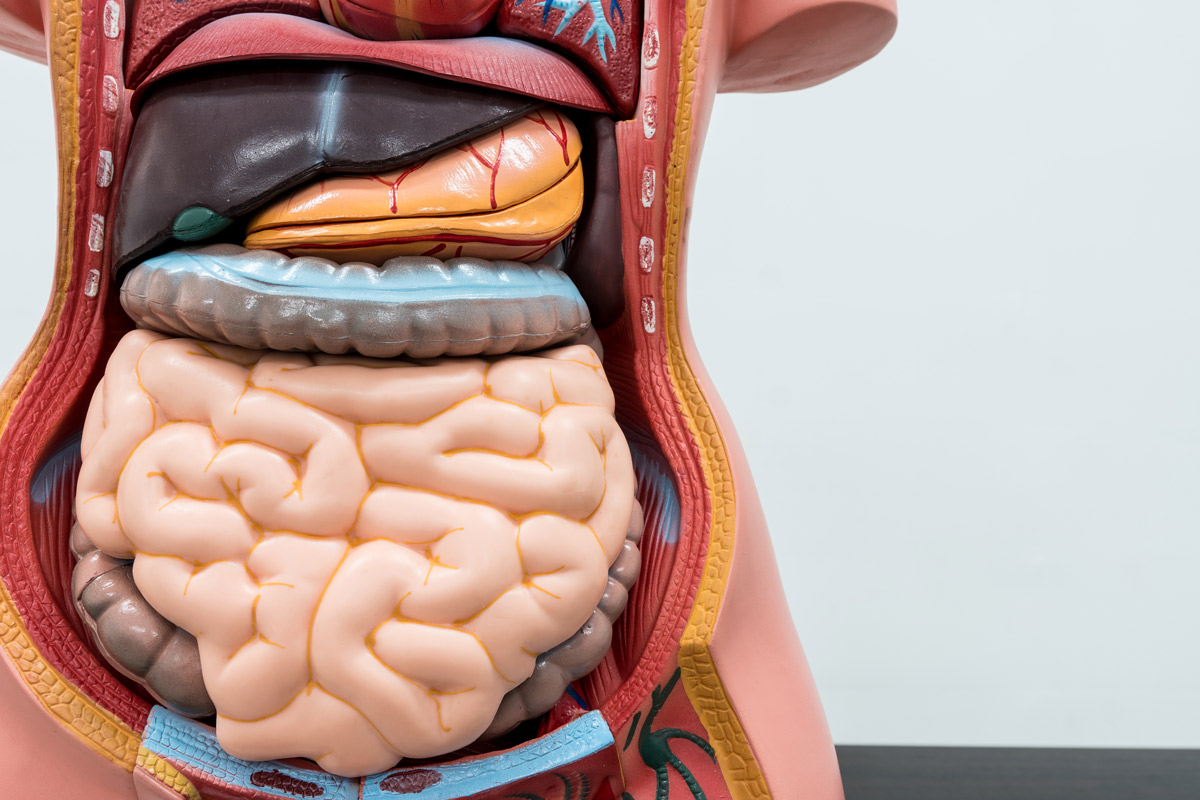 Diving into Diverticulitis: What Causes This Condition & How to Heal Your Gut

Diverticulitis is an acute infection and complication of diverticulosis, a condition in which parts of the colon bulge out into small pouches.

“Diverticulosis is actually relatively common. In fact, about 10% of people older than age 40 have diverticulosis,” says Erica Hawkins, a registered dietitian for the Ornish Lifestyle Medicine Program, an intensive cardiac rehabilitation program at Straub Medical Center.

“This incidence increases to 50% after the age of 60, and up to two-thirds of those who are older than age 80 have diverticulosis,” Hawkins adds. “On the other hand, only about 15-20% of diverticulosis cases result in diverticulitis.”

So what’s the big difference between the two?

Diverticulosis is relatively benign and often asymptomatic, meaning it produces no symptoms.

According to Hawkins, the condition usually goes undiagnosed unless found incidentally via colonoscopy.

Diverticulitis, however, can lead to life-threatening complications, such as:

Symptoms of diverticulitis include:

Endoscopy, x-ray or ultrasound may be used to diagnose diverticulitis.

Though researchers have not reached a consensus on the exact cause of diverticulitis, the popular belief is that the condition is brought on by a lack of fiber in a person’s diet.

“When we don’t get enough fiber, our stool becomes small, hard and difficult to pass. When this happens, the muscles of our GI tract are forced to strain harder, and pressure in the colon increases. This may force small areas to bulge outward and form pouches,” Hawkins explains. 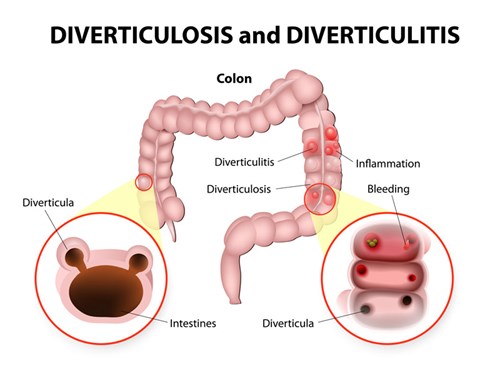 The main risk factor for developing diverticulitis is age.

“Individuals age 60 and older are at increased risk for developing diverticulosis and possibly diverticulitis,” Hawkins says.

Other risk factors that may increase your risk include:

Inadequate fiber is likely another risk factor, but again, there is not a clear consensus.

Though there currently is not enough conclusive research on a cure, a high-fiber diet is the most common recommendation for reducing your risk for developing the condition.

“It’s important to point out that someone with active diverticulitis should eat a low-residue diet – one that is low in fiber and fat to give the GI tract a rest,” Hawkins says. “Since diverticulitis usually warrants hospitalization, one will be placed on such a diet under medical supervision. When diverticulitis resolves, the recommendation is a balanced, high-fiber diet.”

Exercise is another way to reduce your risk for developing diverticulitis, as movement promotes normal bowel function and reduces the pressure inside the colon.

Experts advise aiming for at least 30 minutes of activity most days of the week.

A common belief is that those with diverticulitis must avoid nuts and seeds, but Hawkins says this is not necessarily true.

“Research does not indicate there is any relationship between consumption of nuts and seeds and the occurrence of diverticulitis,” she says. “Of course, if an individual personally identifies a link between a certain food and diverticulitis, the easiest solution is to simply avoid the offending food.

“While we still need more research on the relationship between diverticulosis, diverticulitis and diet, getting enough fiber is something we all can benefit from,” Hawkins adds. “It is very important to get enough fiber and fluid, and follow general recommendations for maintaining good health. Don’t smoke, don’t drink (too much), maintain a healthy weight, eat right, manage your stress and exercise regularly.”

For more information on diverticulitis, diverticulosis and other conditions of the gut, Hawkins recommends visiting the The International Foundation for Gastrointestinal Disorders for additional resources.