Though the exact purpose of the appendix is up for debate, there's no mistaking signs it needs to be removed.

We know, for the most part, the purpose for most organs in the human body.

The heart circulates blood throughout the body.

The lungs transport oxygen through the bloodstream to other parts of the body.

The liver helps to digest and process food, filter blood from the digestive tract, detoxify chemicals and produce proteins important for blood clotting and other functions.

But what about the appendix?

“No one is completely sure what the function of the appendix is. Some think it is a vestigial digestive organ, others have suggested that it has some role in our immune system that is slightly different from the rest of the digestive tract,” says Dr. Amy Rodriguez, a surgeon at Wilcox Medical Center and Kauai Medical Clinic.

“The simple answer is that we aren’t sure, but we know that we don’t need it and that it is an organ that can become infected and need to be treated,” she states.

Though the exact purpose of the appendix – a little tube-shaped sac attached to the lower end of the large intestine – is unclear, signs it needs to be removed are unmistakable.

“Not everyone follows the textbook signs of appendicitis, but the classic presentation is pain that starts around the belly button and then moves or migrates to the right lower abdomen,” says Rodriguez.

Appendicitis is caused by inflammation of the wall of the appendix, which can lead to ischemia (poor blood flow and death of the tissue) and even perforation.

Inflammation can occur from a blockage of the appendix by a piece of stool, a thick lymphatic tissue or even a tumor. 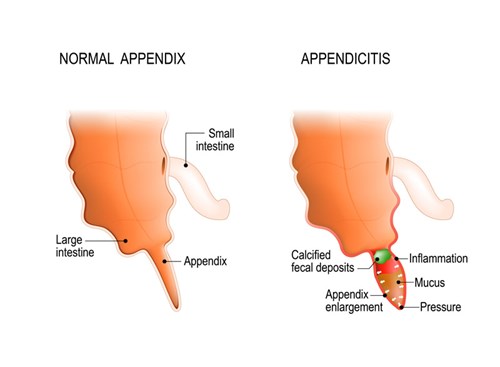 Sometimes, however, there is no blockage responsible for the inflammation.

“To my knowledge, there is nothing you can do to prevent appendicitis. When people get appendicitis it’s not the result of something they did, it just happens,” Rodriguez says, noting that appendicitis can happen at any age, but the incidence is highest in youths ages 10-19 years.

“Appendicitis is a fairly common condition, with the lifetime incidence a little less than 10%,” she explains.

“Men are at a slightly higher risk of developing appendicitis, but only by a percentage point or two.”

Signs Your Appendix Needs to Go

Once the wall of the appendix becomes inflamed, the organ begins to swell. Fluid builds up inside of and around the outside of the organ, causing infection and pain.

“Most people with appendicitis also feel unwell – they have a poor appetite, can be nauseated or throw up, and if it’s a bad case they can also get fevers, chills and low blood pressure,” Rodriguez says, adding that a fair share of patients she treats for appendicitis report that they initially thought they had food poisoning or the stomach flu.

“Signs can be mild at first, but if someone has appendicitis, those symptoms will get worse – the pain in the abdomen will get more severe and usually be focused on the right side, and nothing will relieve it,” she describes.

Other symptoms of appendicitis can include:

“Another classic symptom is that the abdomen hurts when riding in the car and going over bumps. That is a sign of peritonitis, which is irritation or inflammation of the lining of the abdominal cavity from the appendix being so inflamed. Anyone who has experienced that can tell you that any little movement is usually excruciating,” Rodriguez says.

Treatment & the Road to Recovery

Someone suffering from symptoms of appendicitis should go to the nearest emergency department that has a surgeon on call.

The earlier appendicitis is diagnosed, the better the outcome for the patient.

“People rarely die of appendicitis anymore, but delaying treatment can lead to a worsening infection or rupture of the appendix,” Rodriguez says. “It’s important not to try to ignore this type of pain because the sooner you can get treated, the sooner you’re going to feel better. Waiting can lead to a more-difficult surgery, longer time in the hospital and other complications.”

If the appendix ruptures, the body will attempt to control the infection. 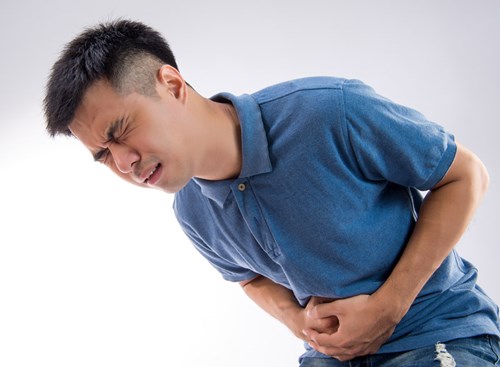 However, without treatment, pus will begin to collect inside the abdomen, creating abscesses and inflammation that make immediate surgery difficult.

During these situations, Rodriguez says surgeons often treat the infection with intravenous (IV) antibiotics and remove the appendix within six to eight weeks.

“It never hurts to come in to be seen early if you are worried. We have good resources to diagnose appendicitis,” says Rodriguez. “If you think you have appendicitis, go to the ED; you will usually need a CT scan to diagnose the issue, which is not available at urgent care or your physician’s office.

“It doesn’t take long to know whether it’s appendicitis or something else. If it turns out not to be appendicitis, there’s no harm, but if you try to tough it out, you can end up much sicker,” she advises.

Surgery is the preferred treatment for appendicitis, as it is considered the most efficient method to getting patients on the quickest road to recovery.

“At Wilcox Medical Center, all of the general surgeons will attempt to remove the appendix using a minimally invasive technique called laparoscopic surgery, in which we use three small incisions to remove the appendix. Most patients with early appendicitis will go home the same day of the surgery or the next day. If we are worried about the degree of infection, we may keep patients a day or two for additional IV antibiotics,” Rodriguez says.

While some swelling, bruising and minor discomfort around the surgical incisions can be expected, Rodriguez says most people are able to walk and eat after surgery, and are back to work or school within a week.

“We usually recommend no soaking or swimming for two to four weeks to prevent infection and not doing any heavy lifting for one to two months to allow the muscle incisions to heal. Too much activity too soon can lead to a hernia where the incisions were,” she explains.

There are times, however, when appendicitis may be treated with antibiotics rather than surgery.

“Treating with antibiotics instead of surgery is still only for a small subset of people, but nonoperative management has its role,” Rodriguez says. “This approach has gained some favor recently, especially in children over the last five to 10 years, because numerous studies showed it was safe.”

Newer studies have shown recurrence rates of appendicitis in patients treated with antibiotics may be higher than what were initially thought, but Rodriguez says it is still a safe alternative to surgery in certain instances.

Patients must meet very strict criteria to be considered for this alternate therapy option.

If treatment does not work or there is a recurrence, surgery is always a backup.

“Most of the time if you have appendicitis, we’re going to recommend surgery – it’s safe and is still usually the best, quickest way to get people feeling better and back to their normal lives. There are times, however, where we may recommend something different, so I hope people can become more educated and not be so caught off guard if it’s what their surgeon thinks is best,” Rodriguez says. 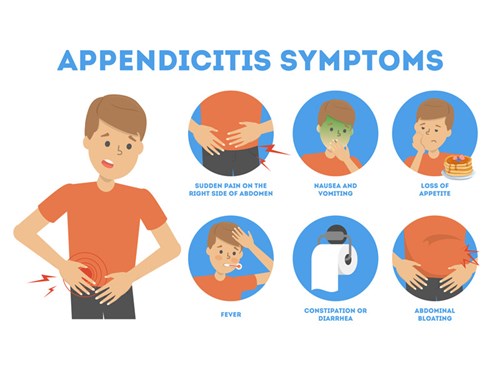 Other Common Questions Concerning the Appendix

Why do we have an appendix?

The entire digestive tract helps with our immune system, but some scientists and doctors think the appendix may be a place for our body to store certain healthy types of gut bacteria that otherwise could be altered or changed during an intestinal illness or with overuse of antibiotics.

The theory is that the good bacteria can hide in the appendix and then help repopulate the rest of the colon with healthy bacteria if things ever get unbalanced.

This is an unproven theory, as are most theories about the function of the appendix.

I heard that people who get their appendix removed are more likely to have their gallbladder removed – is that true?

This is not true. The appendix and gallbladder are separate organs with separate functions. Having one removed doesn’t put you at higher risk for needing the other removed.

People may think this because a lot of people have had their appendix or gallbladder out. Along with hernia surgery, appendix and gallbladder surgery are the most common abdominal surgeries.

In that line of thinking, you may know a lot of people who have had both surgeries at some point in their lives, but the reason that both need to be removed is not related.