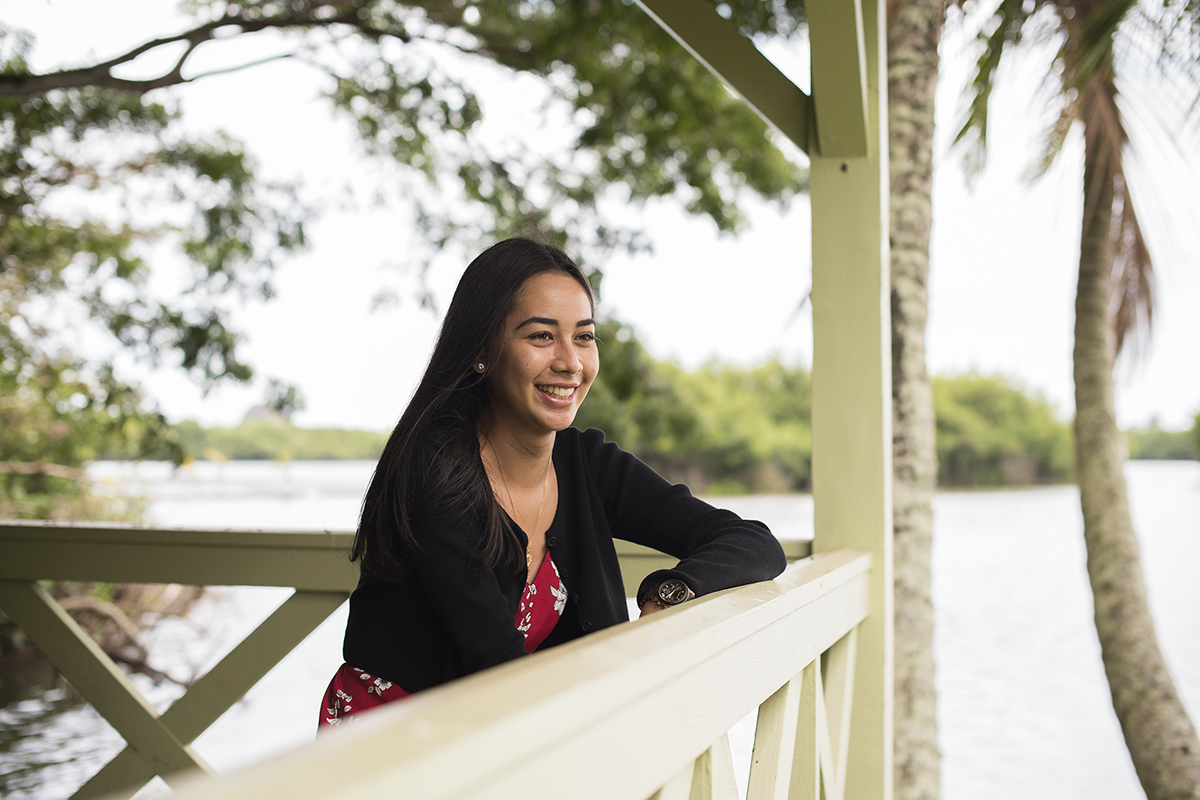 It wasn’t until she woke up from her coma that 16-year-old Alainna Balles realized how serious her condition was and how she had been fighting for her life. A previously undiagnosed ruptured spleen led to a dangerous infection, and eventually, to her hospitalization at Kapiʻolani Medical Center for Women & Children.

It all began with an off-and-on fever, lack of appetite and pain in her left rib area that progressed to bloating, difficulty breathing, and a red rash. A trip to the emergency room and X-ray helped uncover the ruptured spleen. She had surgery to repair her spleen, but the bloating she was experiencing turned out to be a symptom of a severe group A strep infection.

Alainna was transferred to Kapiʻolani and admitted to the Pediatric Intensive Care Unit. By the time she arrived at Kapiʻolani, doctors thought she may only have a 50-percent chance of survival. 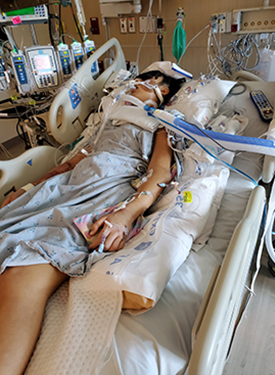 Due to the infection, her stomach had to frequently be pumped to rid it of the toxins that were rapidly accumulating. Her kidneys and liver were failing and her lungs were filled with fluid. In addition, Alainna had significant inflammation around her heart, which caused additional heart complications. Such an immense strain on her body resulted in her spending five weeks in the PICU.

Though it was touch-and-go at some points, Alainna remained strong and was finally well enough to be released from the hospital after two months.

“I believe I recovered and survived after almost dying twice,” she says. “But with all of the amazing doctors at Kapiʻolani caring for me, I was able to make it out alive.”

Her mother, Jessica, also credits Kapiʻolani’s amazing nurses who took care of her in some of her most critical moments.

They were on it and so knowledgeable in caring for Alainna,”

Today, Alainna continues her journey to recovery in the comfort of her own home. She is on monthly antibiotic shots, which she will need until she is 24 to help minimize the risks of getting strep again and avoid further damage to her heart.

“I’m doing great!” she reports. “My scars are healing well, and I’m getting stronger every day.”