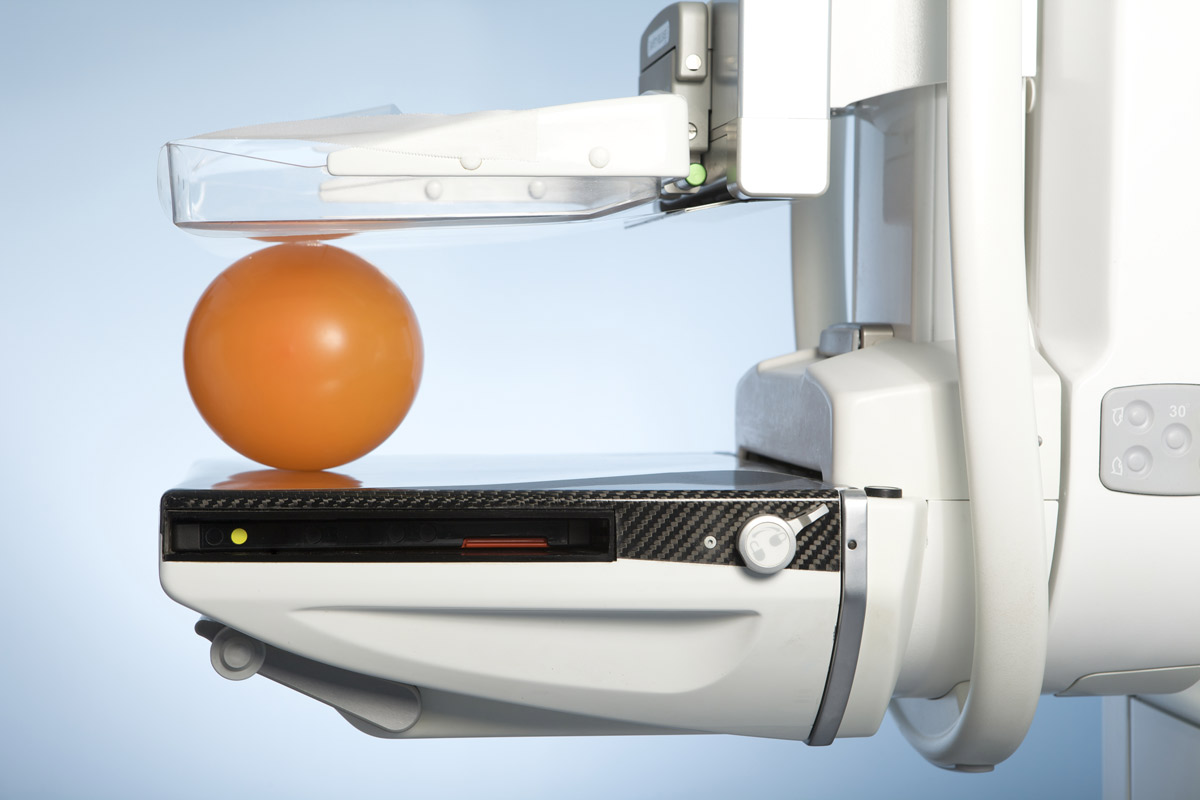 By now, you know the best defense against breast cancer is prevention, primarily in the form of annual screening mammography.

Also known as a 3D mammogram, breast tomosynthesis involves taking a series of images from multiple angles and converting them into highly focused three-dimensional images that can be viewed individually or as a single image of the whole breast.

While 2D mammograms are still the standard for detecting breast cancer in its earliest stages, 3D mammograms present a greater benefit for women with dense breast tissue.

According to Banach, when a woman is said to have “high breast density,” it means the breast tissue has a greater amount of connective tissue in comparison to fat.

Breast tissue appears white on mammogram image. The issue? So does breast cancer.

“The 3D mammogram goes layer by layer, so it cuts through all of that dense, fibrous tissue, which allows the radiologists to get a more complete picture of the breast tissue. Things can hide inside of dense breast tissue, so this really opens the image up so the radiologist can make a better diagnosis,” Banach says.

In addition to improved visibility of lesions, 3D mammography also can increase the ability to size and stage masses, as well as improve visualization and detection of breast cancer in women with dense breasts, oftentimes reducing call-backs.

Breast tomosynthesis services may not be covered by some Hawaii private insurers and Medicare. Please contact your insurance plan directly to see if you have coverage for this screening.