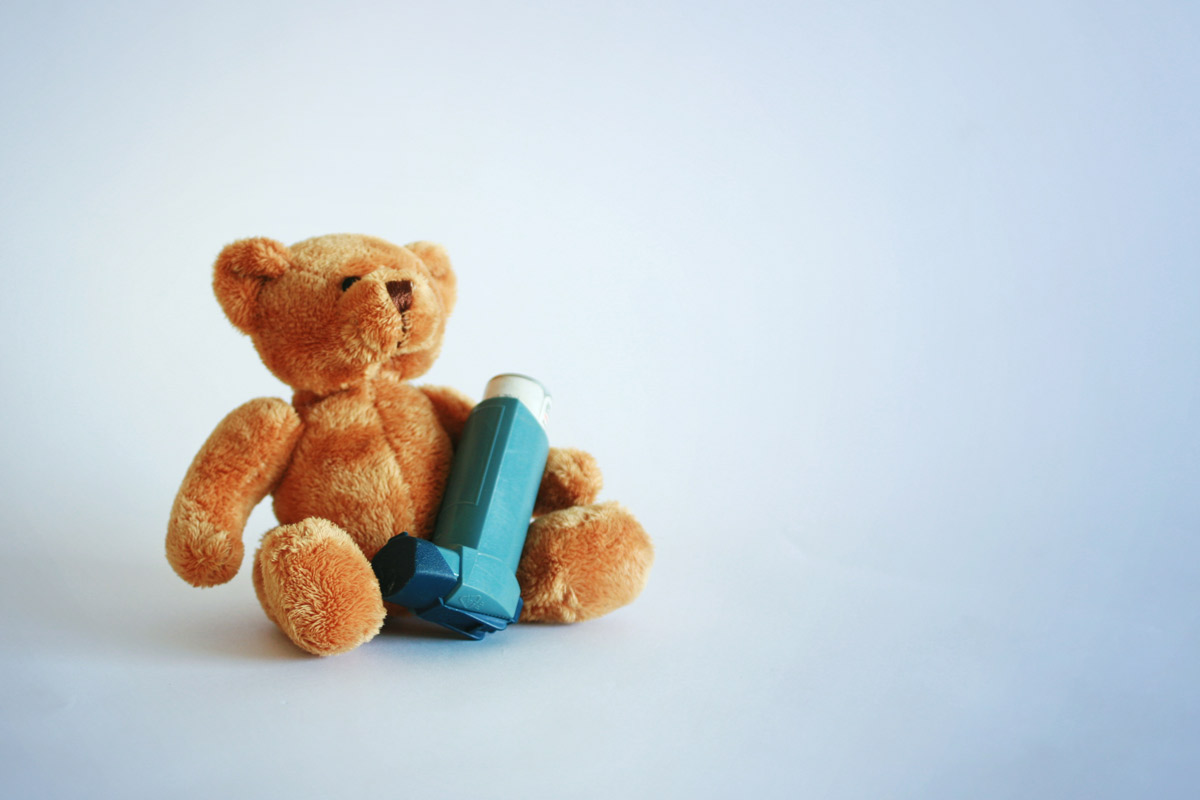 Parents can run out of breath chasing around after their children. However, if your little one is frequently short of breath, has a constant cough or complains that his chest “feels funny,” he may have asthma.

Childhood asthma, also referred to as pediatric asthma, is a chronic condition in which the lungs and airways become inflamed when exposed to certain triggers, including:

“While it would be great to say that it is the pollution or the always prevalent vog, I think that is too simplistic a reason,” agrees Dr. Edward Fong, also a pediatric pulmonologist at Kapiolani. “Common triggers of asthma in Hawaii are probably the same as everywhere – viral infection, allergies and tobacco smoke.”

Similarly to asthma in adults, childhood asthma can flare up at any time and cause symptoms that interfere with day-to-day activities, such as school, sports and sleep.

Though there is no cure for childhood asthma, there are things both keiki and parents can do to reduce and alleviate symptoms.

“Learn what allergens and irritants set off asthma symptoms in your child, and take proactive steps to avoid them,” says Dr. Grace Galiza, a pediatrician at Kauai Medical Clinic’s Lihue offices.

“If your child needs to take daily medication to control allergy symptoms, don’t make it seem like a big deal. Instead, make it an everyday part of life,” Galiza adds.

Daily medication for allergy symptoms may include an antihistamine.

Depending on the severity of asthma symptoms, your child’s pediatrician also may prescribe “rescue medicine” like Albuterol or a controller medicine like Pulmicort. Albuterol helps open up the airways by decreasing constriction, and Pulmicort is a low-dose steroid that helps reduce inflammation.

“The best way to control asthma symptoms is to take your asthma controller medications regularly and consistently as the doctor has prescribed,” Galiza says.

Other ways to help manage asthma symptoms include the following:

“The best way to control asthma symptoms is to take your asthma controller medications regularly and consistently as the doctor has prescribed,” Fong says.

“However, if a child is having asthma symptoms and they are not responding to their ‘rescue’ medication or are needing it more often than every four hours (unless directed by their physician to do more often), the earlier their parents contact the physician, the sooner they can get other medications to prevent a severe attack that may lead to hospitalization or an Emergency Department visit,” says Wu.

Kapiolani’s asthma management program, Breathe Easier, is a free class offered for parents from 6 to 7:30 p.m. on Tuesday evenings at Kapiolani. The sessions are led by a respiratory therapist and cover a variety of asthma-related topics.

For parents on Kauai looking for a pediatrician to help monitor their keiki's asthma, call 808-245-1554 or click here.