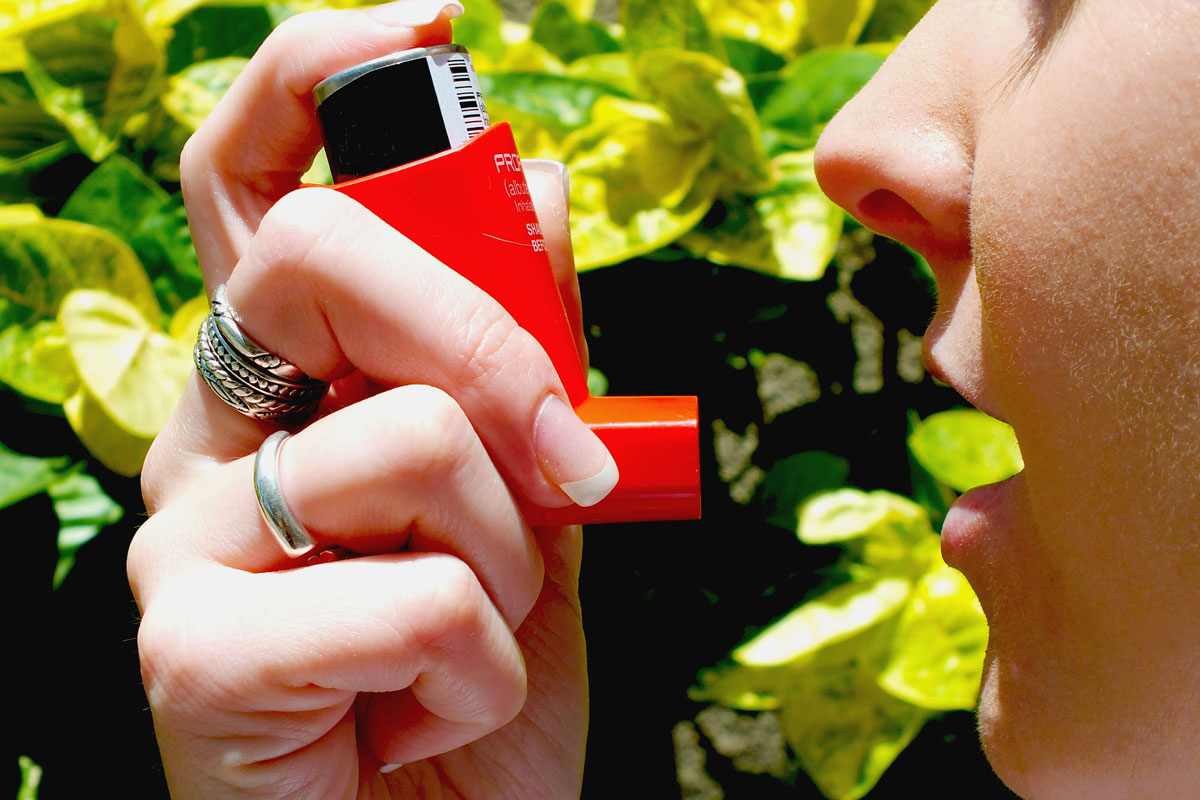 Asthma Awareness: Breathe Easier with Advice from an Expert

Chances are you have asthma, have a family member with asthma, or know someone with asthma.

Asthma is a chronic lung disease that affects children and adults of all ages. Some people have mild asthma and require medications intermittently. For others, asthma symptoms are severe and affect their quality of life.

It has been estimated that asthma affects 25.7 million people in the United States, including 7 million children younger than age 18.

That’s one in 12 people who had asthma five years ago, and the numbers are only going up!

Prevalence of Asthma in Hawaii

In Hawaii, adults ages 18-24 have the highest rate for asthma, with women more likely to suffer from the condition than men.

Other statewide statistics include the following:

What Happens During an Asthma Attack?

During an asthma attack, the inside lining of your breathing tubes becomes swollen and inflamed. The outer muscle layer surrounding the breathing tubes also constricts, and cells inside the tubes make more mucous.

The end result is that the diameter of your breathing tubes becomes smaller and gets plugged with mucous, making it very hard to move air in and out through these smaller breathing tubes.

Think of it like trying to breathe through a straw.

The most common symptoms of asthma are:

There are different types of asthma:

The type of asthma you have can be diagnosed with the help of a good medical history and physical examination.

Family history also is very important, as there is a higher risk for allergies and asthma in children if one or both parents have a history of asthma or allergies.

Tests for asthma include:

Allergy testing is very important for people with allergic asthma so that they can identify their allergic triggers and avoid them, if possible. For example, if the VOG count is high, it may be best to stay indoors in an air-conditioned environment.

Environmental control measures can be instituted for asthmatics allergic to dust mites. Allergy shots also could be a treatment option to block specific allergy triggers.

Asthma cannot be cured, but symptoms can be controlled so that individuals can lead normal, active lives.

Rescue medications are used as needed for acute asthma attacks or increasing asthma symptoms. They are sometimes taken before exposure to known asthma triggers, such as exercise.

Other therapies for the treatment of asthma include:

Anyone with asthma should always make sure they have their asthma medications available and that their medications are not expired. It is wise to have your rescue inhaler with you at all times, especially when travelling.

You also should discuss and formulate with your doctor an “asthma action plan” so that you know what to do if you have an asthma attack. In many cases, your doctor will advise you to increase certain medications, like your corticosteroid inhaler, especially if you experience the following signs that your asthma may be worsening:

It is very important to understand that you can die from a severe asthma attack. Even if you have mild asthma, you can still suffer a severe, life-threatening asthma attack.

Go to the emergency room or call 911 if:

Dr. Jeffrey Kam is an allergist and chief of the Department of Allergy and Immunology at Straub Medical Center. He is board certified in both allergy/immunology and pediatrics, with special interests in asthma, nasal and eye allergies, eczema, anaphylaxis, and food, insect sting and drug allergies.