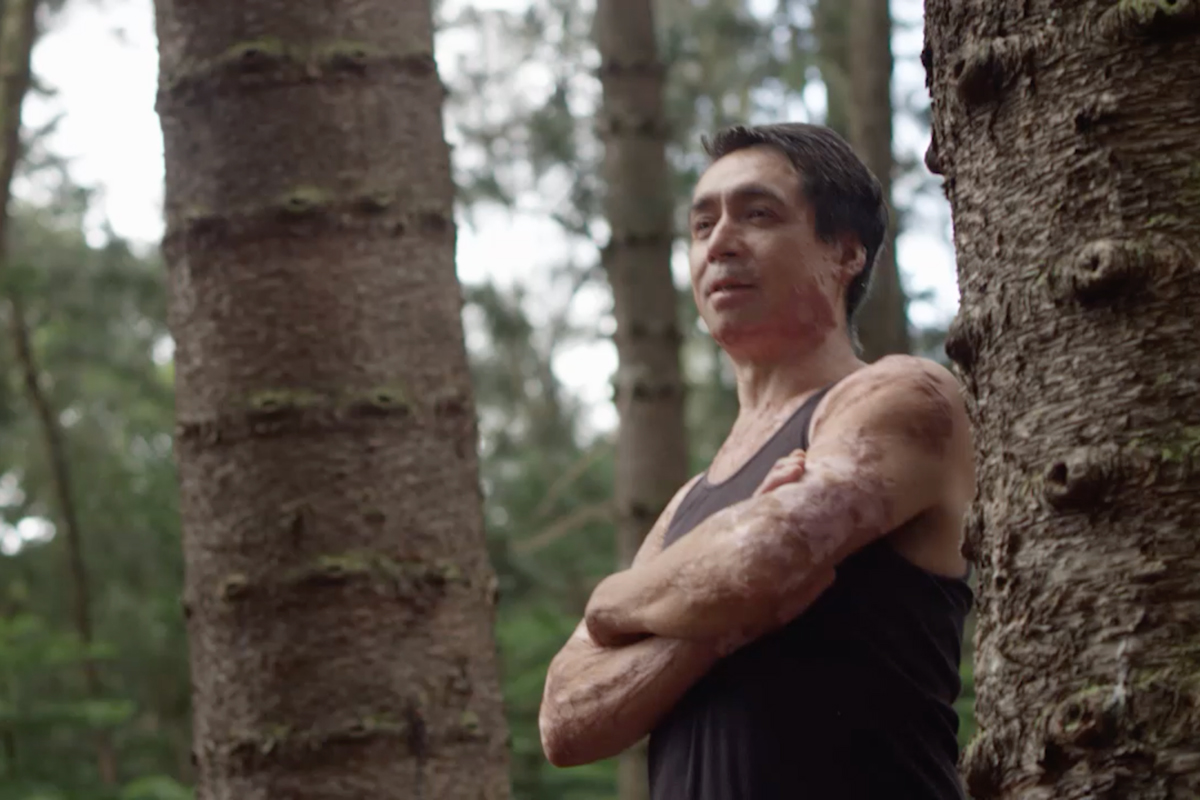 An electrical accident left 40 percent of Lance Kaanoi's body severely burned, but thanks to the specialized care he received at Straub Medical Center, this go-getter is on the road to a speedy recovery.

Lance Kaanoi is a go-getter in every sense of the word. When not covering miles and miles of terrain in trail races and marathons, he also is willing to lend a hand.

One day, he was helping his fiancée install a lock box on the wall of her apartment unit in Waikiki. Unfortunately, Lance wasn’t aware that a live electrical wire was located immediately behind the wall in which he was drilling.

Suddenly, he saw a bright orange flash, and the power went out.

Lance had shorted out the electrical power for the elevators and the apartment unit.

The electrical impact also left Lance severely burned on 40 percent of his body, including his face, neck, arms, hands and torso.

He had been wearing safety goggles, so fortunately his eyes were protected from the trauma.

Emergency responders arrived to the scene and took Lance to Straub Medical Center, where he was immediately admitted to the Intensive Care Unit (ICU).

Once Lance was treated in the ICU, he required specialized burn care and multiple surgeries, and was transferred to the Straub Burn Center on the third floor of the medical center.

Straub Plastic Surgeon Dr. Michael Pharaon was there for Lance every day, along with the multidisciplinary burn team that included certified nurses, dietitians, psychologists, social workers, and occupational and rehabilitation therapists.

Although his recovery was painful and difficult, Lance persevered with incredible spirit and continued to work closely with his burn team.

Always the go-getter, Lance was discharged two-and-a-half months later, which is faster than most patients with his type of burns. He continues to improve and now is helping other burn patients by volunteering his time to the support group SOAR.

Watch Lance's full story unfold in the video below.