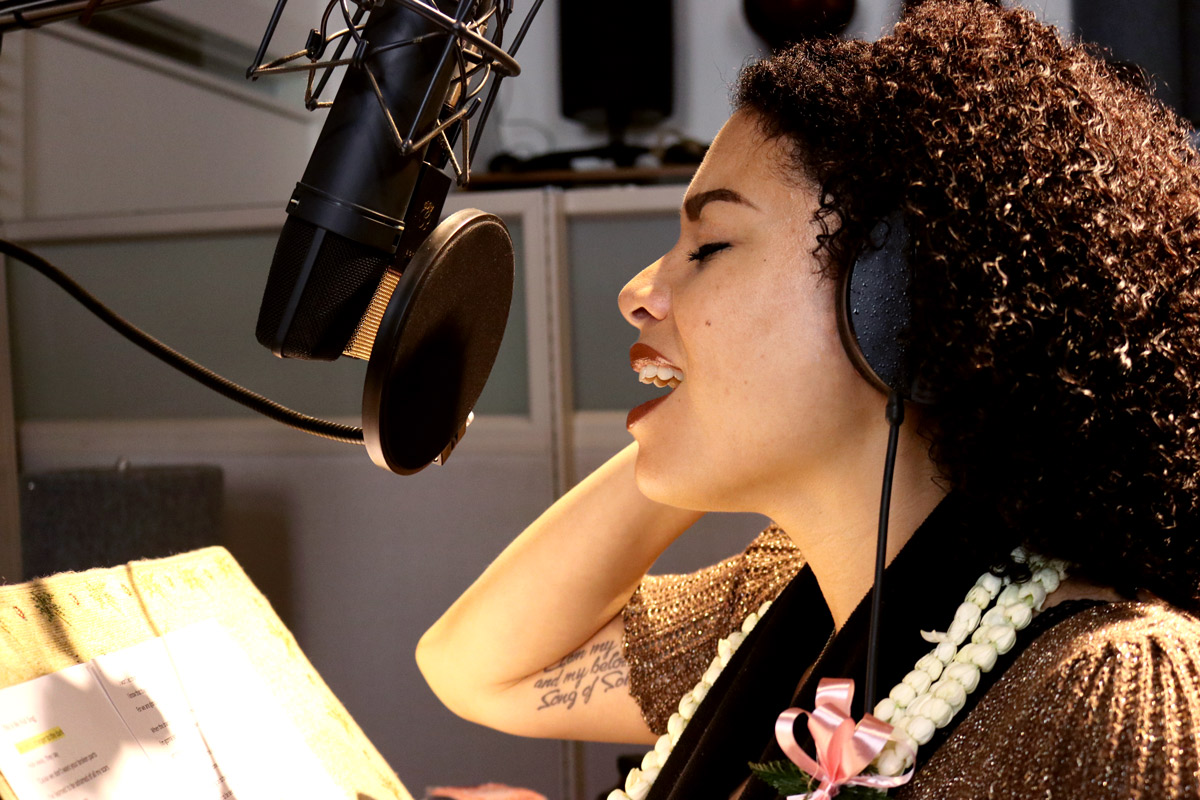 A Waianae native who now lives in Las Vegas, Ahia breathes new life into the lyrics made famous by fellow Hawaii transplant Keala Settle in her role as the bearded lady in “The Greatest Showman.”

“A few of my daughters have seen the movie, and my third eldest daughter was the first one who introduced me to this song. When I listened to it, I immediately thought it was very powerful,” says Ahia, who was contacted to put her personal stamp on a version of the theme song that is a call to action for others to embrace their scars, bruises and flaws.

“It’s all about acceptance, and that is really touching,” Ahia says. “The message to be courageous and believe that even though you go through hard times, you will come out of it, shows that we can arise from any situation, no matter how deep or hard it is to go through. I really do love this song – it’s beautiful, and it’s very meaningful.”

It’s all about acceptance ... to be courageous and believe that even though you go through hard times, you will come out of it (and) that we can arise from any situation, no matter how deep or hard it is to go through."

Ahia also found connection to the message of Hawaii Pacific Health’s campaign to “Live Your Healthier” through her own recent health journey. 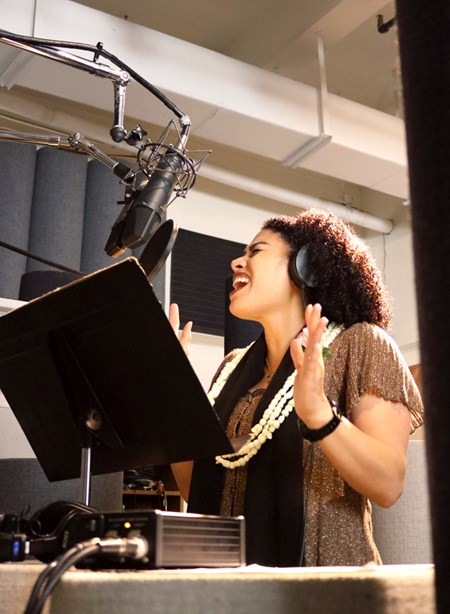 “For over a year now, I’ve turned to being pescatarian – I eat fish, but I cut out a lot of the meats in my diet because they were making me swell in my joints,” she explains. “I used to feel sluggish in the mornings and would wake up swollen. As a mom of six, that can’t be part of my daily routine! I have to make sure that I’m on top of it; I can’t lag in any way. As I cut out those things from my diet, it became so much easier to start the mornings.

“I also try to encourage my kids to eat healthier,” Ahia adds. “Some of them don’t want to eat vegetables, but if they can get them in some kind of way, like in a green smoothie, I feel I can encourage a little better lifestyle.”

Ahia made a special trip to Hawaii to lay down vocals for the title track of the campaign commercial, which features more than a dozen current and former patients from Hawaii Pacific Health’s family of medical centers – Kapiolani, Pali Momi, Straub and Wilcox on Kauai,

In fact, the recording session was a special homecoming of sorts for Ahia, who was born at Kapiolani Medical Center for Women & Children and has experienced care at sister medical center Pali Momi.

“Hawaii is home. My eldest daughter was born at Kapiolani, and when my mom had her stroke, Pali Momi was the medical center that took care of her,” Ahia says. “I also was seeing a doctor at Pali Momi, and I know several doctors who work there. I’ve always had a wonderful experience at Pali Momi – it’s a great medical center.”

As the voice of a campaign meant to uplift and inspire a movement toward creating a healthier Hawaii, Ahia did not hesitate when asked what she would tell those struggling with their health or facing some sort of difficulty in life.

“Sometimes we face hardships and we wonder why. I know, because I recently lost my dad,” Ahia says. “I’ve really been having a hard time dealing with that, but this type of a song can really speak to you and help you cope and get through it.

“Some days are harder than others, but always lean toward that hope that things will turn out for the better,” she adds. “There are a lot of local artists that they could have called on, but I believe that it was just a blessing that came to me that I was even able to be a part of this project. I’m so grateful that I was able to be a part of this.”