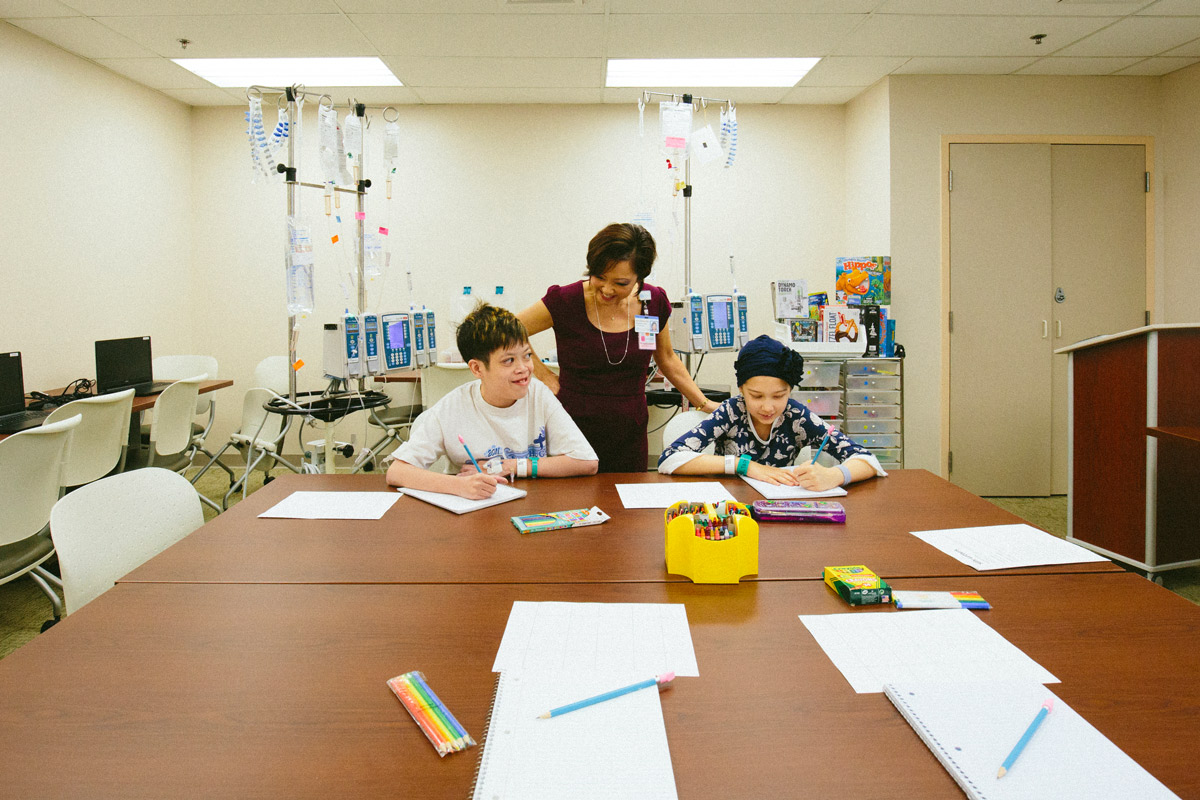 Brain Station offers a “classroom atmosphere” that provides a sense of normalcy for young inpatients at Kapiolani Medical Center.

School is always in session at Kapiolani Medical Center for Women & Children, and the student-patients wouldn’t have it any other way!

Tucked inside a conference room on the second floor of the medical center is Brain Station, a schoolhouse of sorts that provides young inpatients a space and time for independent, structured learning under the supervision and support of an educational liaison and Hawaii Department of Education tutor. 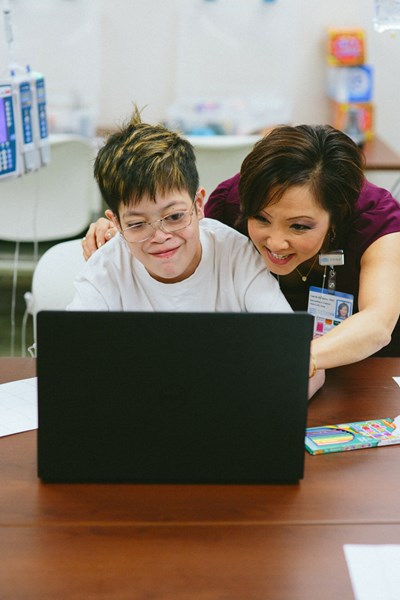 “Brain Station isn’t forced on anyone. They can choose to attend whenever they want, as many times a week as they want,” says Dr. Carrie Shiraki-Sakaino, PhD, educational liaison with Child Life Services.

Shiraki-Sakaino initiated the program in 2015 as an hour-long “summer school” in the medical center Playroom to supplement the one-on-one tutoring inpatients received during the calendar school year.

“What I really felt was lacking was a sense of community – I sensed that the patients needed a social component beyond the in-room tutoring they already received as part of their treatment,” Shiraki-Sakaino explains.

“At first, the Playroom staff wondered if the children would be distracted by the toys and games that are in there, but as soon as the ‘bell’ would ring, the students would sit up straight and wait for the lesson to begin,” Shiraki-Sakaino says. “It became a designated place to learn.”

Around this same time, DOE Hospital Tutor Ken Stridiron joined Kapiolani Medical Center and began a “study hall” of his own for school-age students.

“After I would do my one-to-one tutoring, I would open up the Playroom a few times during the week as a quiet place where any child could come to do their homework. As more and more kids began coming in, I started thinking, ‘Wait a minute, maybe we should start planning some activities.’ So, twice a week or so we started incorporating some activities,” Stridiron says.

Realizing their missions were similar, Shiraki-Sakaino and Stridiron decided to combine their efforts into a dedicated learning environment and, in August 2016, the Brain Station was formed.

According to Shiraki-Sakaino and Stridiron, Brain Station offers a “classroom atmosphere” that provides a sense of normalcy for student-patients, as well as an environment that promotes a smooth transition from hospital to home to school. 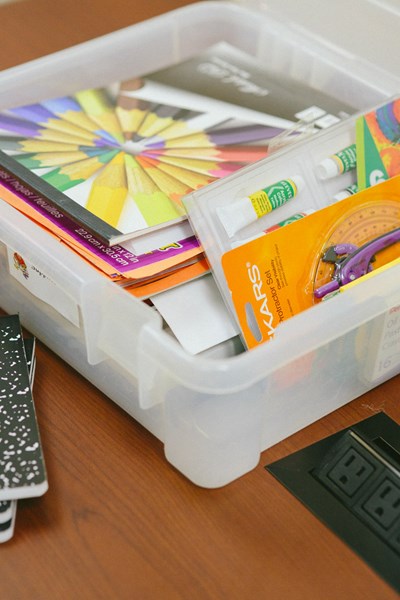 Activities are based around the pillars of cognitive rehabilitation, which include:

Shiraki-Sakaino and Stridiron incorporate these two learning disciplines into a syllabus that highlights a different cognitive focus each day of the week:

“We always try to link the lesson plan to something current. The days start to run together when living in the medical center and you start to lose track of time, so this helps the kids stay up to date on what day of the week or month it is,” Stridiron says.

“What the classroom setting also does, which is really neat, is that it allows us the ability to observe them in that setting so that we can provide spot-on recommendations in terms of what they may need when they return back to school,” Shiraki-Sakaino adds. “That’s a part of what my role is – to collaborate with the school to assure that all of the students’ needs are met upon that transition out of the hospital.”

Another unique feature of the Brain Station is that it provides the opportunity for multidisciplinary collaboration with different departments within the medical center to support the patients’ needs.

“We’ve collaborated with the Rehabilitation Department and invite therapists to come with their patients so we can continue to work on skills such as speech or how to use special devices before going out into the real world,” Stridiron says. 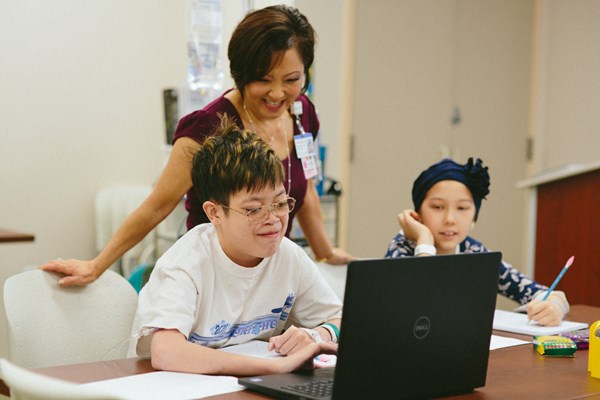 “It’s functional, and that’s the key,” Shiraki-Sakaino adds. “When they’re with their therapist, it’s rote, whereas in the Brain Station, it’s in practice. We structure the activities so that they can apply the lessons to real-life situations.”

However, what truly sets Brain Station apart from other programs are the friendships that develop.

“The patients create a special bond with each other because they are going through the same experience that many of their friends from their own schools can’t relate to – being an inpatient at a hospital,” Stridiron says.

Brain Station is in session weekdays from 3:30 to 5 p.m. in the Carter Classroom, and coincides with the DOE’s academic calendar.

It is open to any school-age inpatient at Kapiolani Medical Center, from kindergarten all the way through grade 12. In fact, Stridiron says they have had older students express interest in the program, and have decided to extend Brain Station beyond high school to include college-age inpatients as well.

To learn more about other educational and support services available to inpatients at Kapiolani, click here.