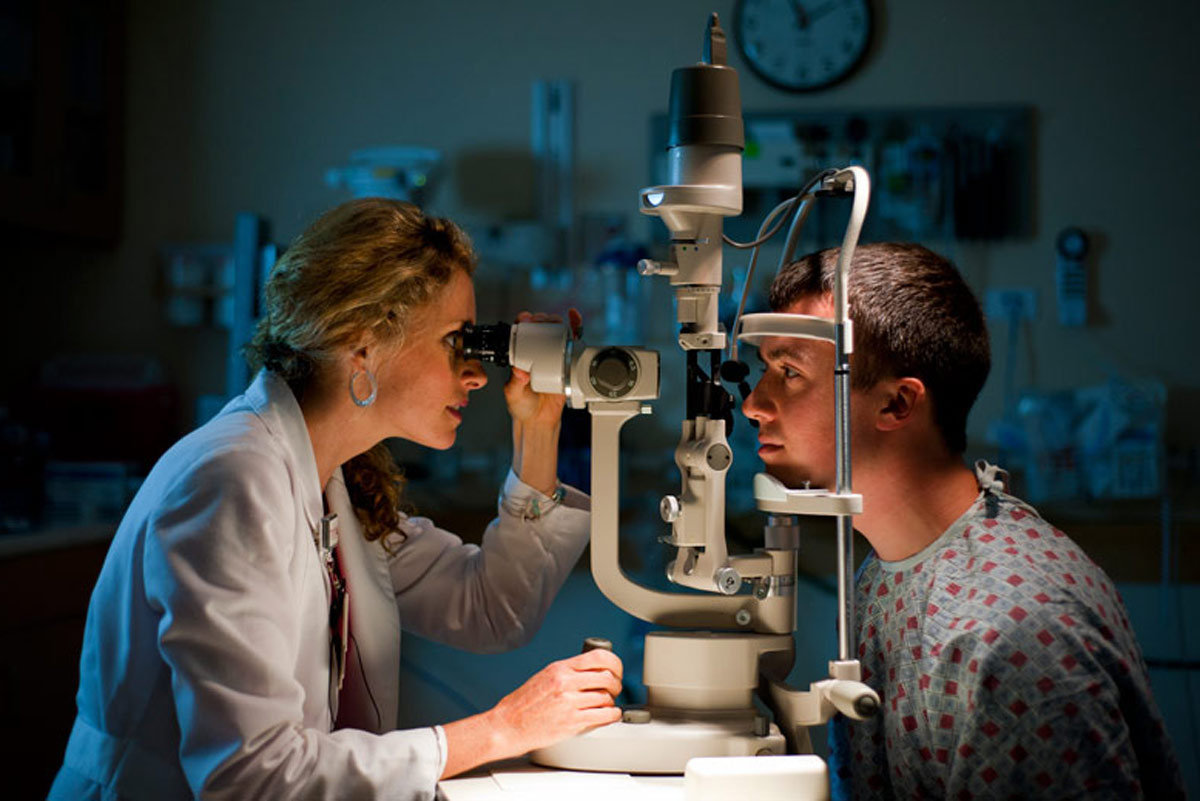 Glaucoma refers to a group of conditions that leads to damage of the optic nerve.

There are several different types of glaucoma. The most common form of glaucoma in the United States is called primary open-angle glaucoma (POAG), which occurs when elevated pressure inside the eye builds up, contributing to optic never damage.

However, glaucoma also can occur under normal eye pressure.

The optic nerve transmits signals to the brain that are vital for sight. If there is damage to the optic nerve, irreversible vision loss can occur.

Early detection and treatment under the guidance of an ophthalmologist can significantly reduce the chance of this vision loss.

“The risk of irreversible vision loss and blindness can be reduced if glaucoma is detected early,” says Dr. Susie Chang, an ophthalmologist who specializes in vitreoretinal diseases and surgery at Straub Medical Center.

“Glaucoma initially does not have any symptoms, and progression of vision loss is gradual and silent, usually starting with the peripheral vision,” Chang says. “Often, loss of vision goes unrecognized until a significant amount of nerve damage has already occurred. Thus, early detection and treatment are required to reduce the chance of permanent damage or blindness.”

Diabetics are twice as likely to develop glaucoma compared to non-diabetics.

“Diabetes affects the ability to control blood glucose, which, in high levels, can damage blood vessels in the body, including those in the eyes,” Chang explains. “Blood vessel damage affects circulation, impairing the delivery of oxygen and nutrients throughout the body. In the eye, this can lead to permanent vision loss.”

Other risk factors for developing glaucoma include:

“Although certain ethnicities are at higher risk of developing certain types of glaucoma, glaucoma affects all races,” Chang states. In Hawaii, the prevalence of glaucoma in those older than age 40 is approximately 2 percent, which is similar to the national average.

“Unfortunately, primary forms of glaucoma cannot be prevented,” Chang says. “However, early detection and treatment can reduce the chance of disease progression and vision loss.”

The best way to prevent glaucoma from worsening is to have regular complete eye exams, especially if you have any of the above risk factors.

If you are prescribed eye drops, Chang says you should take them consistently.

“Even when there are no noticeable symptoms, it is important to always take your eye drops or proceed with other forms of treatments such as laser or eye surgery, and to continually monitor your disease by keeping your follow-up visits,” Chang adds.