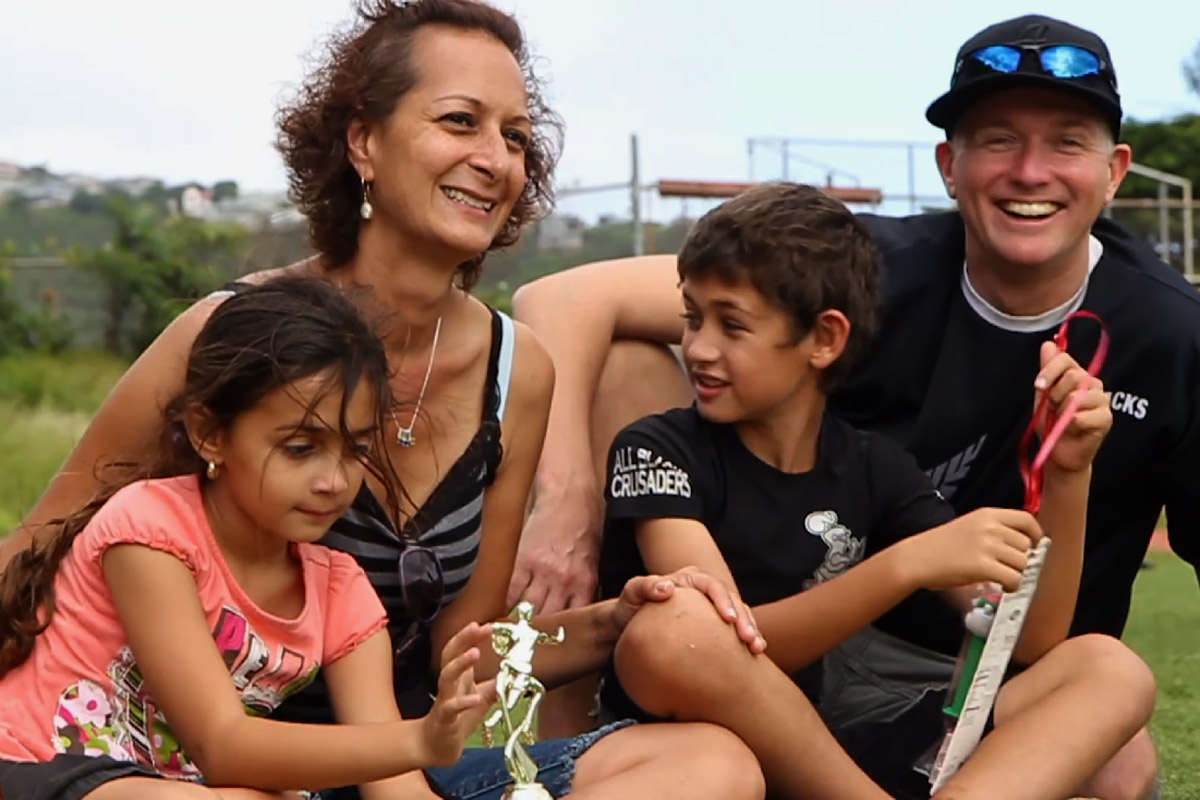 After beating cancer not once, but twice, Shanti Woodrow savors every moment and every hug with her family both at home and at Straub Medical Center.

At age 37, Straub Medical Center Clinic Manager Shanti Woodrow’s full attention was on her busy family, including her husband and two children.

During a routine self-breast exam, she found a lump, and it quickly became clear that she would need to shift her attention to herself.

Shanti’s doctors decided to err on the side of caution and remove the tumor with no further testing.

Unfortunately, it was confirmed that the tumor was indeed cancerous.

With her cancer scare behind her, and the chances of it coming back being extremely small, Shanti was excited to refocus her energy on her family and becoming healthy again.

Then, during a weight-loss challenge at work, Shanti noticed an unusual mass starting to form in her stomach region. A follow-up CT scan revealed that she had a malignant tumor the size of a football in her liver.

Her coworkers surrounded her with love and support, and Dr. Okazaki was determined to help Shanti beat cancer again.

After six weeks of intensive chemotherapy, the tumor did not decrease in size. In fact, it increased by 3 centimeters.

At this point, her only other option was surgery. However, the surgery would be difficult, and the chance of success was slim due to the tumor’s size and the possibility of the cancer having spread.

The surgery was a success, and Dr. Maldini was able to remove the large tumor attached to Shanti’s liver.

Watch Shanti's full story unfold in the video below.