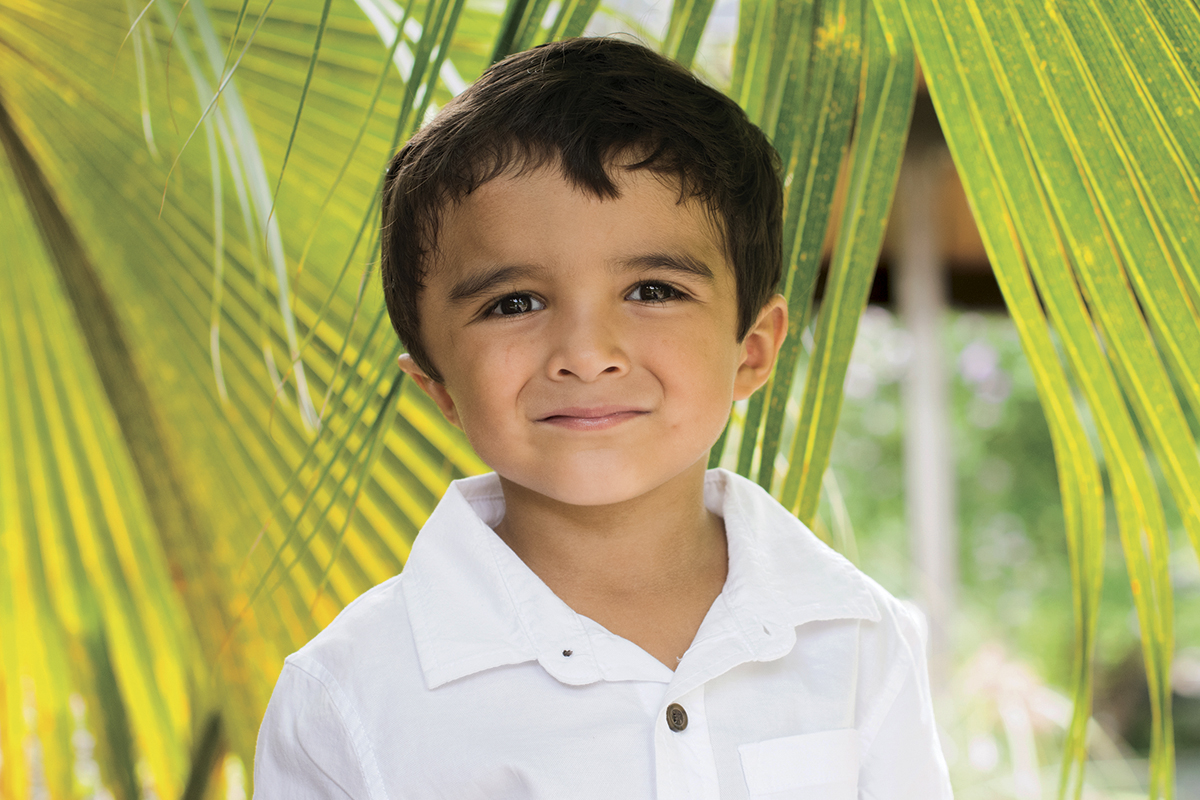 When 4-year-old Jeremiah Nunez took a tumble from a dining chair, his parents didn’t take any chances. They immediately took him to the emergency room to be evaluated, and it’s a good thing that they did. A CT scan revealed a really bad brain bleed, and he was rushed to Kapiolani Medical Center for Women & Children for lifesaving treatment.

After diagnosing Jeremiah with a traumatic brain injury, Kapiolani Neurosurgeon Dr. Robert Buckley performed a craniotomy to remove a part of the bone from the skull to expose the brain and relieve pressure. Jeremiah’s dad, Hector, says, “We owe Dr. Buckley everything. His composure and ability to save our boy’s life means the world to us, and he is someone we will remember for the rest of our lives.” 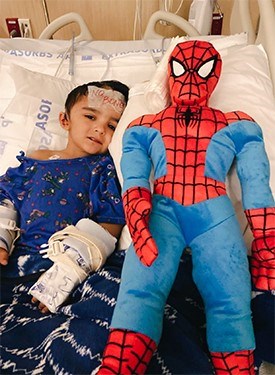 Following surgery, Jeremiah was in the Pediatric Intensive Care Unit (PICU), where he spent a week in recovery. His parents found comfort in the level of care provided by the staff. As his father notes, “They were strong while we couldn’t be. They were gentle and took care of my boy as if he was their own, allowing us time to rest and to gather ourselves. Knowing every individual that walked in our room was highly trained and qualified put our mind at ease. We spent less time worrying.”

Once the swelling went down, Jeremiah returned to Kapiolani a month later for a craniectomy to replace the portion of the skull that had previously been removed. He was released the next day. 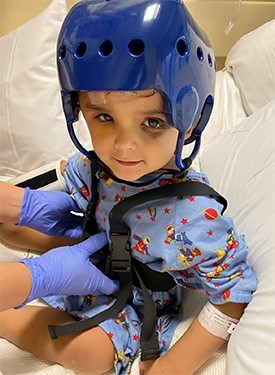 Today, Jeremiah is thriving. His mom, Veronica, says, “I am so happy my kid is himself and he’s the same boy before his fall and that scary moment.”

His parents hope that Jeremiah’s story will encourage others to be aware of the dangers that everyday accidents can pose to children. “I would like parents to understand how a simple fall from a dining room chair can have major complications,” says Hector. “Every day, kids hit their heads, and we don’t think much of it until it’s too late. Luckily, we took Jeremiah in to be evaluated immediately. I suggest every parent does this. No matter how small the accident or bump, err on the side of caution.”