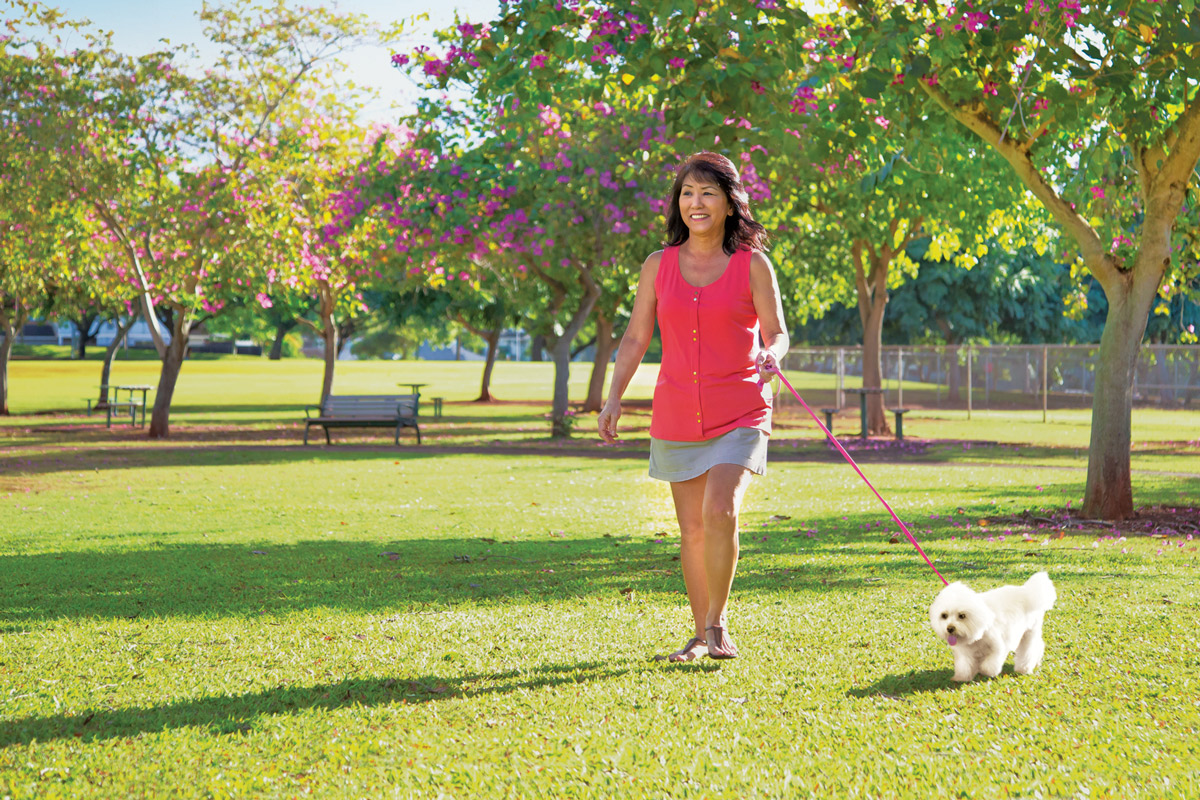 “It felt like somebody had one palm on my back and one palm on my chest and they were squeezing me,” recounts Coleen. “I thought I just had indigestion. It didn’t hurt, no numbing arm, you know, the symptoms you read about.”

She woke up her husband and told him about the pressure she was feeling. He urged her to go to the hospital.

“I wouldn’t have gone to the ER if it wasn’t for my husband,” Coleen says.

After completing some tests, Cardiologist Dr. John Kao told her she suffered a heart attack and he wanted to keep her at Pali Momi overnight.

“I thought I could go home because I felt fine. But I thought, He’s so handsome so I’m going to stay in,” she remembers with a laugh.

The next day, Kao and his team performed a percutaneous coronary intervention on one of Coleen’s vessels.

“I was awake the whole time, and it was interesting to watch the procedure,” Coleen remembers. “I didn’t feel a thing.”

She went home the next day feeling normal, eager to return to her job as a manager at Tony Group in Waipio.

“I love my job; I’ve been there for 13 years. To be able to return to work so soon after the procedure was great,” Coleen says.

“If you feel pressure in your chest, like someone is squeezing your front and back, you better go to the hospital,” Coleen warns.

Pali Momi has Central and West Oahu’s only interventional cardiac catheterization unit and is uniquely capable of quickly treating heart attack patients like Coleen. Its experienced staff of physicians, nurses and cardiovascular radiology technologists are leaders in their field.

“The Pali Momi team is really nice and I felt very comfortable there,” Coleen says. “I still see Dr. Kao once a year to check up on my heart.”

Today Coleen is going strong and thankful she has a second chance at life. She walks her 13-year-old Maltese, Bangs, daily and has made some dietary changes since her heart attack.