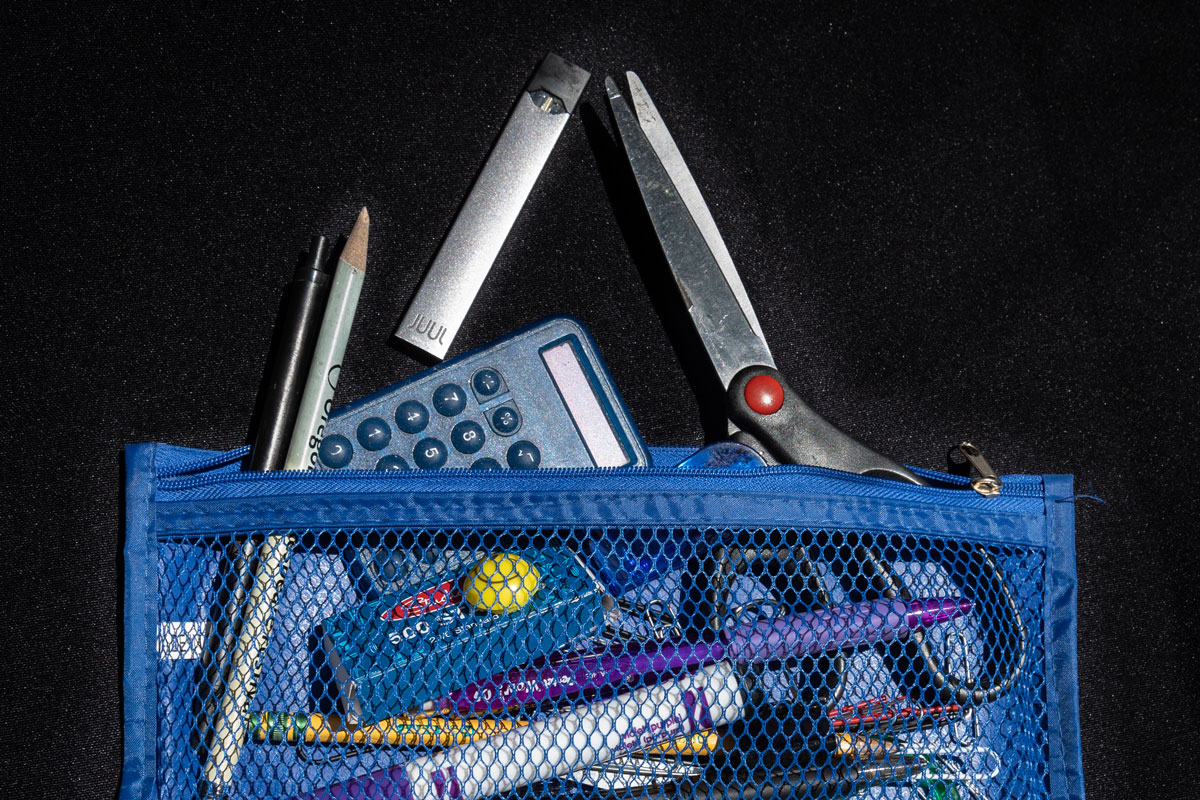 The New Nicotine Craze Hiding Right Under Your Nose

Have you heard of JUULing?

Pronounced “jeweling,” you may think this trend involves bedecking your personal belongings in gems, or that, like a lot of things from the ‘90s, rhinestone body art is making a comeback.

JUULing refers to a miniature e-cigarette disguised as a computer flash drive.

The JUUL charges in a USB outlet and can be customized with hundreds of different decals and phone holders to suit the user’s individual style.

What makes the JUUL craze so dangerous is its popularity with teens.

CNN has called JUULing an “epidemic” among high-schoolers, while a 2018 study by the Truth Initiative found that nearly one-fifth of youth ages 12-17 have seen JUUL used in their school.

However, a separate study from the Truth Initiative found that a quarter of youth and young adults don’t refer to JUULing as “e-cigarette use” or “vaping,” meaning it is plausible that surveys are not capturing the full spectrum of youth e-cigarette use.

The danger is that JUULing, like other forms of e-cigarette use, poses a litany of health problems to its users.

“E-cigarettes and e-juice are not harmless – they contain chemicals shown to be harmful to health and to be cancer-causing,” says Maile Corpus, MPH, program coordinator for Kapiolani Smokefree Families, a program based out of Kapiolani Medical Center for Women & Children.

The main chemical component of e-cigarettes (which also include vapes, mods and electronic smoking devices, or ESDs) is nicotine, a highly addictive substance that produces a neurotoxic effect on the developing brain. 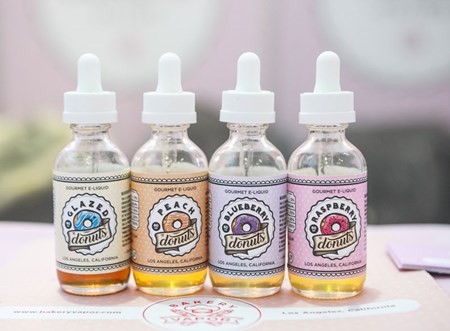 “The brain continues to develop until around age 25, which leaves our children and teens particularly vulnerable to the effects of nicotine,” says Corpus, noting that one JUUL pod can contain as much nicotine as one pack of cigarettes.

“Hawaii students as young as first and second grade are getting caught using these products,” Corpus says. “I was told a story that a second-grade student was caught using an e-cigarette in the bathroom stall alone. This indicates that the child was not just using it to look cool in front of friends, but that they are actually addicted to the nicotine.”

In 2011, the Hawaii State Department of Health introduced a statewide question to Hawaii public middle and high school students asking if they had ever used an ESD.

At that time, only 5 percent of public high school students reported ever having tried the product. Within two years, the rate more than tripled to 17.7 percent, and by 2015, the survey demonstrated a fourfold increase to 22.2 percent.

Another survey called the Youth Risk Behavior Study, which surveys Hawaii’s public middle and high school population every other year, showed that in 2017, 25.5 percent of high-schoolers reported that they currently were using ESDs in 2017.

That same year, 15.7 percent of middle-schoolers said they were current users.

“The questions are asked differently in the two surveys, so it is hard to report them together. Despite that, the numbers are just too high,” says Lila Johnson, RN, MPH, CHES, program manager for the DOH’s Tobacco Prevention and Education Program.

Johnson notes that the comparison of ESD use to traditional cigarettes is staggering – in 2017, 8.1 percent and 5 percent of high school and middle school students, respectively, reported that they currently used cigarettes.

It is noteworthy that in the case of Hawaii high-schoolers, the percentage of current cigarette use decreased from previously available data, going from 9.7 percent in 2015 to 8.1 percent in 2017.

(Statistics from the Truth Initiative show that the national rate of teen e-cigarette use was 13.2 percent.)

Though ESDs don’t contain tar and other chemicals found in traditional cigarettes, they do carry health risks due to a high nicotine content.

Evidence shows nicotine may increase the risk for oral, esophageal, and pancreatic cancer.

“Nicotine may also affect youths’ moods and their sleep,” Corpus adds. “Nicotine addiction may make it difficult for them to concentrate at school if they are going through withdrawals.

“More research is ongoing, and we do not know the long-term effects, but we do not want our keiki to be the guinea pigs in this experiment,” Corpus states.

JUULing isn’t just harmful to the user – the e-juice used for the JUUL and other similar products contains highly concentrated nicotine, which can be lethal when ingested even in small quantities.

Children under the age of 6 years are especially at risk of ingesting e-nicotine because of the candy-like packaging and flavors.

According to the American Association of Poison Control Center, more than 8,200 children under age 6 were poisoned from e-nicotine in the five-year span between 2012 and 2017, when e-cigarettes experienced a surge in popularity.

Of those children, 84 percent were under the age of 3.

Despite the growing evidence that e-cigarettes, like the JUUL, pose a health concern, these negative effects are still widely unknown.

“Many people do not believe e-cigs are harmful, even adults!” Corpus says. “Advertisement is not yet regulated like it is for tobacco companies, so there is a lot of misinformation out there.”

What’s more, radio ads, print ads and social media are a big factor in youths’ exposure to and opinion of e-cigarette products, such as the JUUL – despite the fact it is illegal for anyone under the age of 21 to purchase these products in many states, including Hawaii. 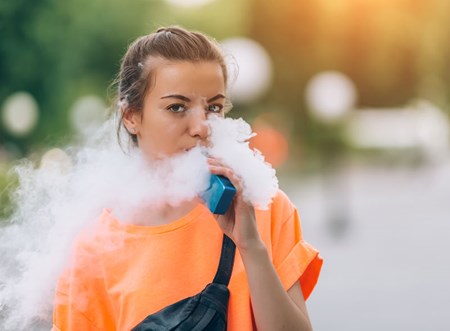 “The JUUL is a sleek product, with brand name recognition, similar to the appeal of owning the latest iPhone,” Corpus explains. “They are designed to feel smooth and light with an appetizing flavor. Unlike the harsh smoke and coughing from trying a regular cigarette for the first time, e-cigarettes do not feel ‘bad.’ Social media challenges have made it ‘fun’ to partake in these activities, such as contests for blowing the biggest clouds of vape and other ‘tricks.’

“Teens may also be using it as a tool to navigate social situations – they feel like it gives them something to do together or even to break the awkwardness or escape. Instead, we need to help foster positive social relationships and healthy behaviors,” Corpus adds.

To start a conversation with your teen about JUULing, Corpus suggests parents ask questions such as:

“It is important that parents develop and foster a trusting, open relationship with their children. As difficult as it may be, parents need to remain calm and approachable,” Corpus says.

“We don’t want our kids developing this compulsive behavior where they feel like they need to have an e-cigarette,” Corpus says. “These pathways are set as their brain is developing, and while it seems harmless to them now, we don’t want them to become addicted for life.”

Resources available to parents and families include:

“Parents may give us a call if they or their children have any questions or concerns about tobacco use,” Corpus says. “We can also counsel parents or their children if they are interested in quitting smoking or using e-cigarettes and other tobacco products.”

Services are free to everyone in the community and include:

“Ninety percent of current smokers tried their first cigarette before the age of 18, and we do not want the same thing to happen with e-cigarettes,” Corpus says. “If they are able to avoid these products while they’re under 21, there is a really good chance they will never become lifelong users.”

To reach Kapiolani Smokefree Families, call 808-983-6013 or email SmokefreeFamilies@Kapiolani.org to schedule an appointment.