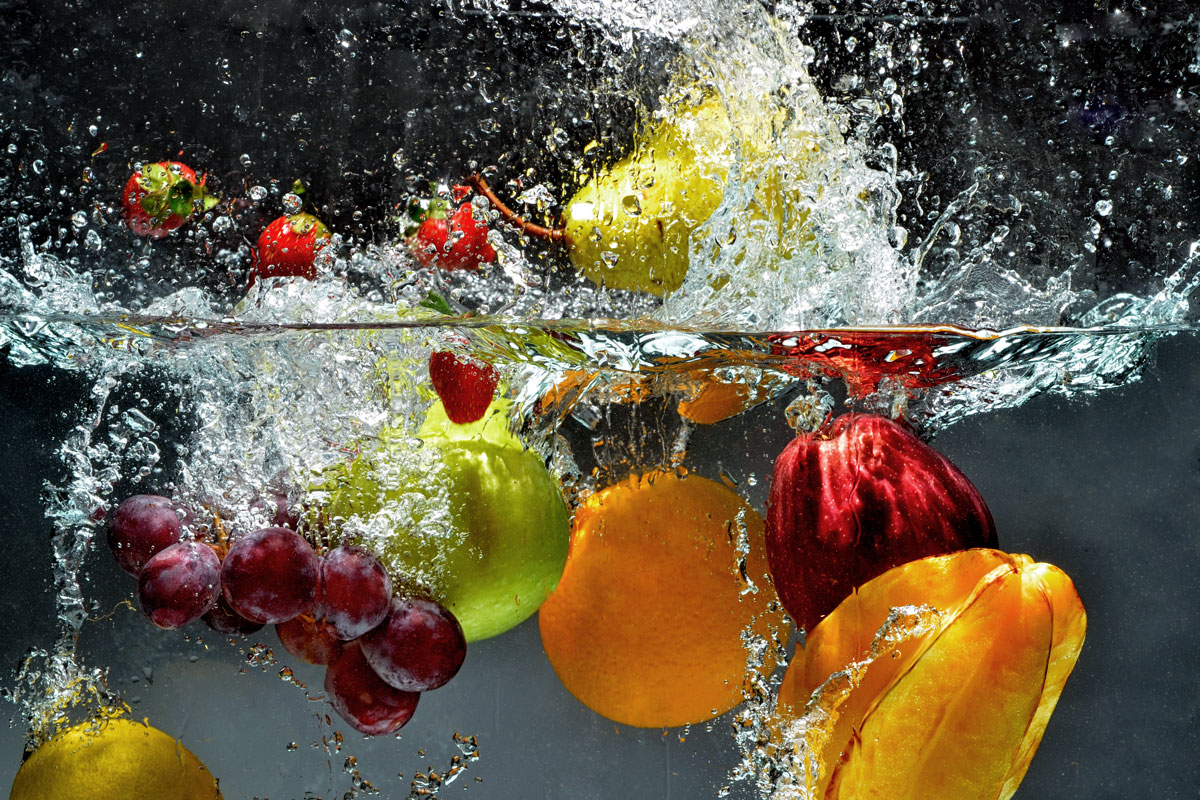 Your Fruit May Be Fresh, But is It Clean?

The Environmental Working Group releases its list of fruits and veggies with the highest (and lowest) pesticide levels – and the results may surprise you!

Every year, the Environmental Working Group (EWG) releases a list of the “dirtiest” and “cleanest” fruits and vegetables that are available in the United States.

The findings from EWG are published in its Shopper’s Guide to Pesticides in Produce and are intended to help consumers make smart decisions when buying fruits and vegetables.

How do they determine whether a fruit is clean or dirty?

Fresh produce is ranked based on levels of pesticide residue.

Pesticides are chemical compounds used to control pests such as insects, rodents, fungi and weeds.

In addition, pesticides are used to control organisms that carry tropical diseases such as mosquitoes.

Despite their benefits, pesticide may cause harm to our health. 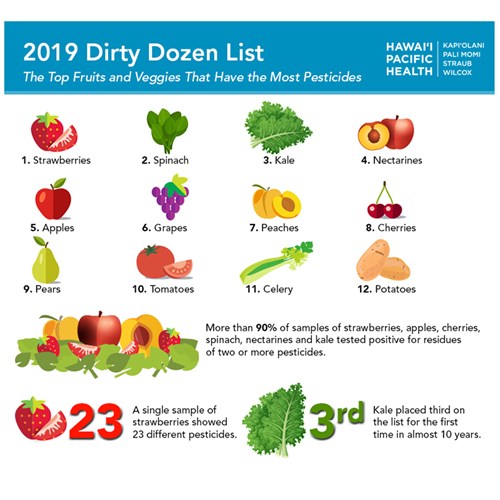 For produce ranked among the “dirty” list, you should buy organic; produce in the “clean” category is safe to consume in non-organic (also known as conventionally grown) form.

Strawberries and spinach have the highest pesticide contamination levels for the third year in a row, while kale – a darling among the health food market – made an appearance for the first time in nearly a decade, ranking in at No. 3 on the list.

According to the findings, a single sample of strawberries showed 22 different pesticides, and nearly 97 percent of the spinach samples had pesticide residue.

The report also showed that 92 percent of kale samples had two or more pesticide residues detected, and a single sample could contain up to 18 different residues.

On the opposite end of the spectrum, pesticides were detected on less than 1 percent of avocados and sweet corn.

In addition, more than 70 percent of pineapples, papayas, asparagus, onions and cabbage had zero pesticide residue.

You might be wondering why some types of produce absorb more pesticides compared to others. 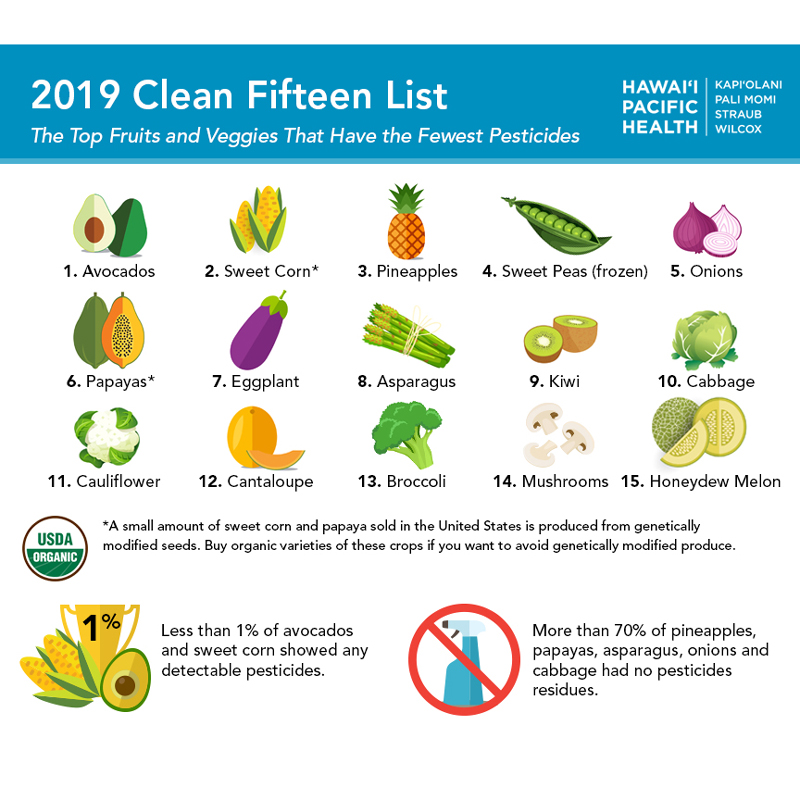 The answer comes down to whether a fruit or veggie has an outer layer of skin.

Imagine the spiny exterior of a pineapple, or the bumpy green shell of an avocado. That extra layer of skin serves as a defensive barrier against contaminants.

Now picture strawberries, grapes and potatoes. Produce that you eat whole, skin and all, don’t have that extra layer of protection, which makes them (and you) more susceptible to the ill-effects of pesticide residue.

A step you can take to reduce your risk and exposure to pesticides is to wash your produce thoroughly.

Also be sure to wash your hands before and after handling fresh produce to reduce the risk of cross-contamination.

You can download a copy of the 2018 lists here: