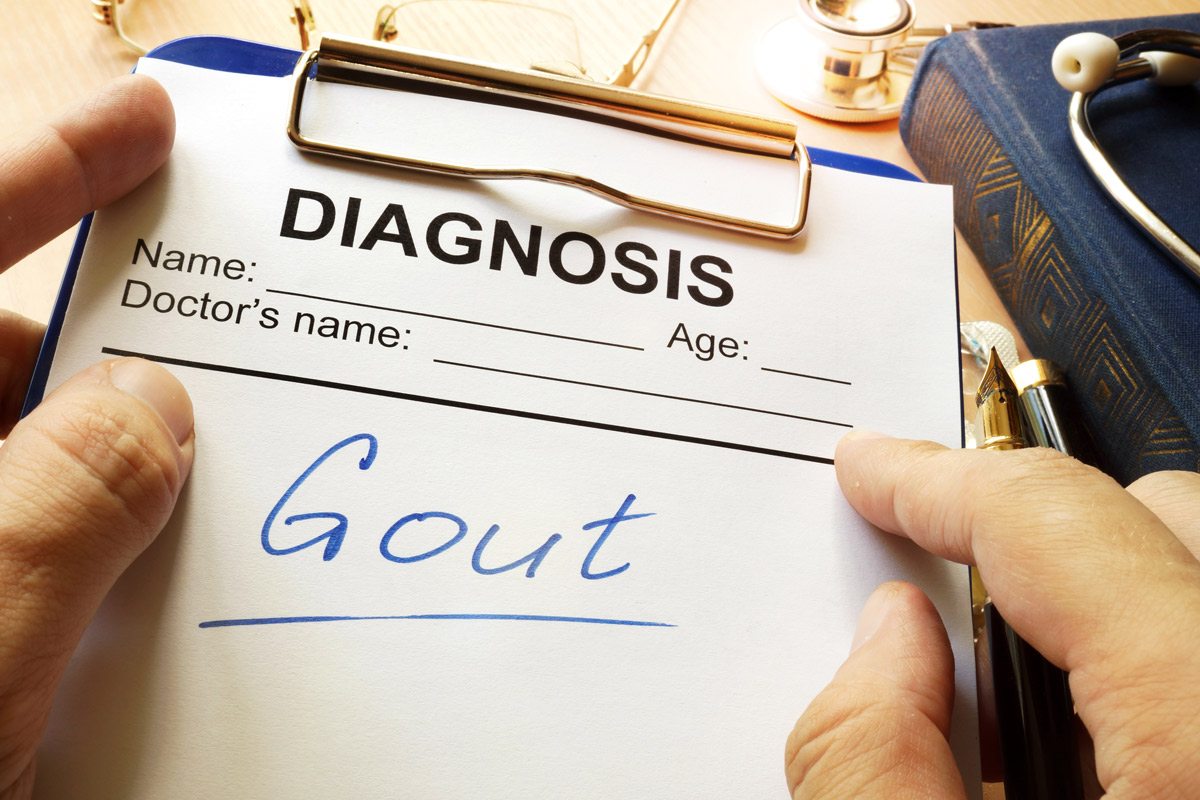 The prevalence of gout is growing. In the span of only 30 years, the incidences of gout diagnoses in the United States has increased nearly 16-fold!

What is Gout? Dethroning the "King" of Arthritic Disease

Gout is the most common form of inflammatory arthritis in men, and the prevalence is increasing.

According to the National Health and Nutrition Examination Survey of 2007-2010, gout affected about 38 persons per 1,000 individuals, or about 11.8 million people in the United States in 2010.

Gout has long been known as the "disease of kings" because of the lavish diet and alcohol consumption of the wealthy, like King Henry VIII, who suffered from it.

Gout is also the "king of arthritic diseases" because the pain of an acute gout attack is so severe, it often leads to a visit to the emergency department.

These episodes also have been increasing. 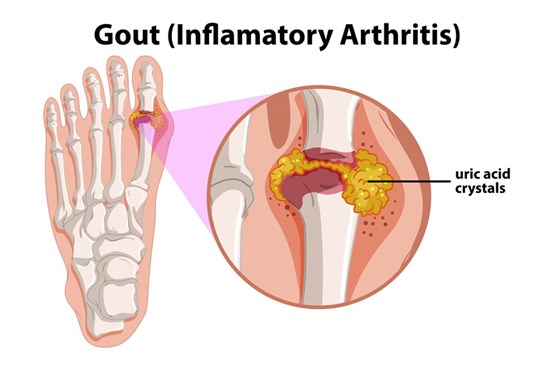 What Goes on during a Gout Attack?

Gout is painful, usually associated with other health problems, and potentially disabling.

Intense episodes of painful swelling in a single joint (most often the big toe) are caused by excess levels of uric acid in the body and crystal deposits in the joints.

Uric acid is a normal body waste product and is removed by the kidneys.

However, if the kidneys are unable to remove uric acid from the body adequately, these levels rise.

With time, increased uric acid levels in the blood may lead to deposits of monosodium urate crystals in and around the joints, which may attract white blood cells and lead to severe gout attacks.

How Do I Know if I Have Gout?

Since gout is strongly associated with obesity, hypertension, hyperlipidemia and diabetes, if you have gout, you should see a primary care physician for a routine physical exam to check for these conditions before you have a serious cardiovascular event like a heart attack or stroke.

Several other kinds of arthritis can mimic gout, so proper diagnosis, preferably by an arthritis specialist known as a rheumatologist, is essential.

Gout is suspected when a patient experiences joint swelling and intense pain followed by pain-free periods between attacks.

When gout goes undiagnosed and untreated for many years, large, visible tophi, or cluster of gout crystals, also may be found in deposits under the skin of the hands, ears, elbows, knees and toes. 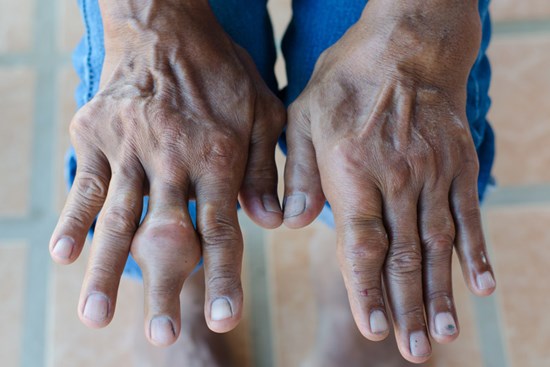 Getting to the Root of the Issue

Treatments are available to control most cases of gout, but treatment plans often have to be individually tailored for each patient.

Patients may be prescribed colchicine or nonsteroidal anti-inflammatory drugs (NSAIDs) for the pain brought about by an acute gout attack, but these treatments do NOT prevent future gout attacks.

For patients unable to take NSAIDs, corticosteroids may be taken by mouth or injected directly into the joint or intramuscularly.

Resting the affected joint and applying cold compresses to the area also may help alleviate pain.

Dr. Barry Shibuya is a board-certified rheumatologist with Straub Medical Center – Mililani Clinic. He specializes in common forms of arthritis such as osteoarthritis and gout, osteoporosis and related autoimmune diseases like rheumatoid arthritis, lupus, Sjogren’s syndrome, myositis, scleroderma and vasculitis.