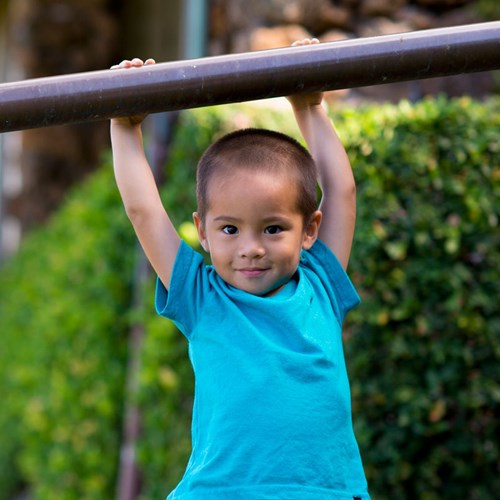 Sanoe and Jeb Kaneshiro were excited with the news that they were going to have twins. However, shortly before Sanoe reached 32 weeks in her pregnancy, her doctor gave them more news — they would need to go immediately to Kapiolani to deliver the twins.

Since they live on Maui, the thought of flying to another island and being so far from home was a bit nerve-racking. In fact, Jeb was so nervous that when he rushed home to pack, he only grabbed a couple of undergarments for Sanoe and a toothbrush for him.

After arriving safely via air ambulance, Sanoe gave birth to Race and Cam, who were taken to the Neonatal Intensive Care Unit (NICU) for monitoring. Race was small physically and unable to breathe or eat without the help of a machine and feeding tube. He stayed in the NICU for a month until he was healthy enough to go home.

Today, Race is a healthy and happy 3-year-old known to his family as a “Mama’s boy.”