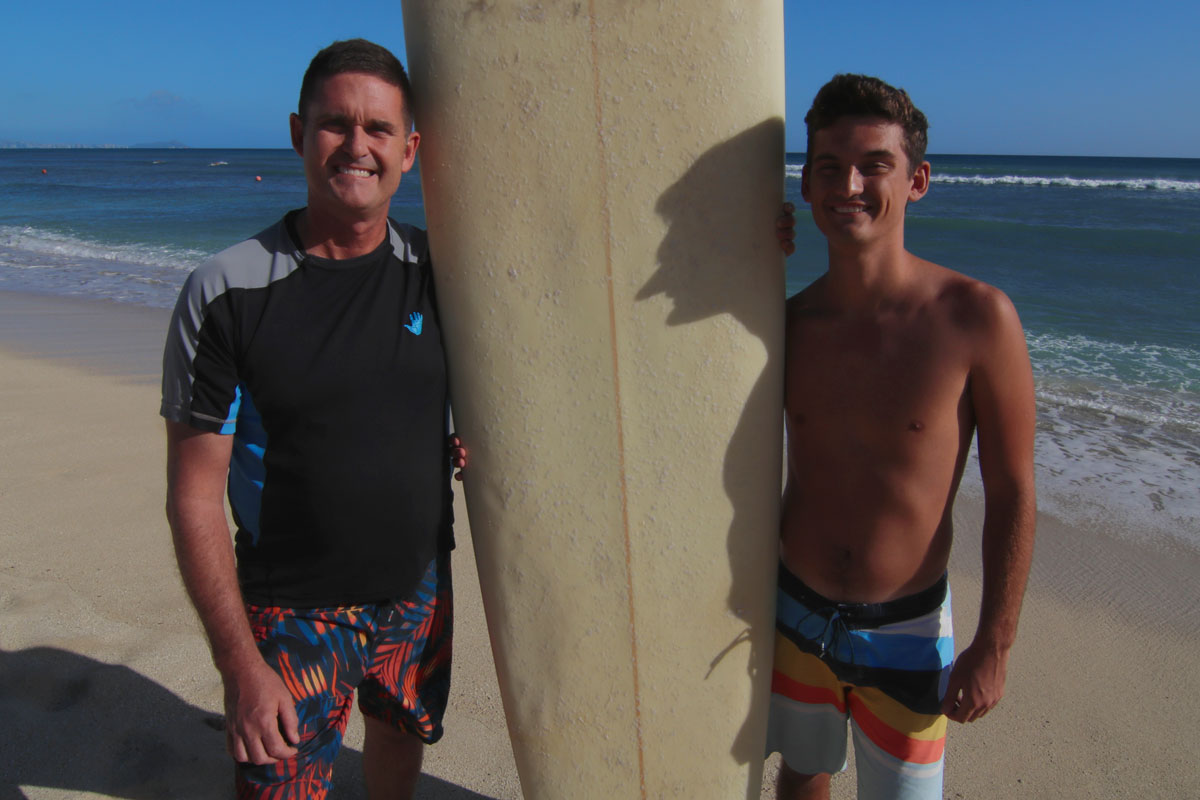 Capt. Frederick “Carl” Riedlin (left) is back to being an active fixture in his community, thanks to the care he received at Pali Momi.

As a commanding officer for the United States Coast Guard, Capt. Frederick “Carl” Riedlin oversees the Coast Guard’s aviation operations in Hawaii and the South Pacific.

Carl also enjoys an active lifestyle in the water and is a volunteer at AccesSurf, where he helps special needs children and adults enjoy ocean-related activities as part of the nonprofit therapy program.

One morning while surfing with his son and out-of-town friends, Carl began to feel ill. He remembers feeling his heart palpitating rapidly.

Thinking it would eventually go away, he went on with his day and took a baby aspirin before going to sleep.

The following morning, his symptoms didn’t let up, and his son urged him to see his physician.

When Carl’s on-base physician checked his heart rate, it was still very rapid, registering at 190 beats per minute.

His physician made the call to have Carl transported to Pali Momi Medical Center.

After arriving at Pali Momi, Carl was told by Cardiologist Dr. John Kao that he would need to get his heart shocked back into a normal rhythm. Sensing the seriousness of his condition, Carl decided to FaceTime his wife to tell her that he loved her.

He received five shocks to his heart.

Once his heart rhythm stabilized, Carl was taken to the Pali Momi Heart Center Cath Lab, where Kao diagnosed Carl with ventricular tachycardia, along with severe multi-vessel coronary disease. In other words, Carl had a 100 percent blockage in two arteries.

According to Kao, a person in Carl’s condition would typically not survive beyond a couple of hours. By some act of luck, Carl had lasted for 14 hours.

Carl continues to receive follow-up care with Kao, and his heart function has returned to normal.

Carl also remains an active fixture in his community, giving back both on and off duty.

Watch Carl's full story unfold in the video below, or visit our YouTube channel here.