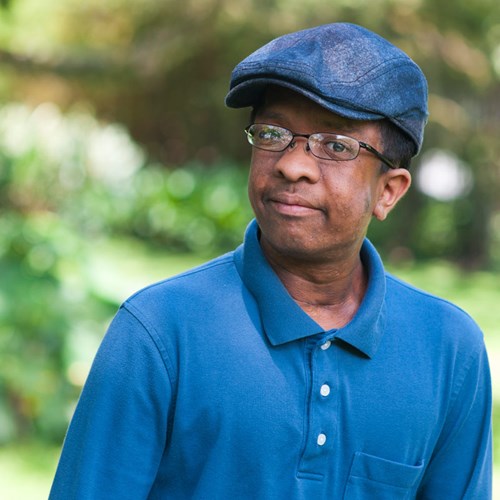 Michael was born at Kapiolani with an extremely rare condition called Crouzon syndrome.

In fact, Crouzon syndrome is so rare, it affects only 16 newborns per million born.

Crouzon is characterized by the early fusion of certain skull and facial bones that prevents the skull from growing normally, resulting in differential bone growth in the head and face.

In Michael's case, the syndrome also impacted his respiratory system and hearing, which led to more than nine surgeries within the first year of his life alone – the first of which occurred only three days after he was born.

Michael also had hydrocephalus (fluid buildup in the brain), a tracheotomy (a surgical procedure in which an incision is made in the neck to create a direct airway for breathing), several reconstructive surgeries and, most recently, tracheal reconstruction.

Despite the constant stream of surgeries throughout his life, Michael has persevered.

He ran a sub-7-minute mile on his cross country team and was recognized as the "most inspirational runner." He also was the recipient of the Iolani School Gayle Keables Scholarship, awarded to the student who triumphed over adversity.

Michael graduated from Iolani School in June 2015 and is attending college at Pacific University on the mainland.