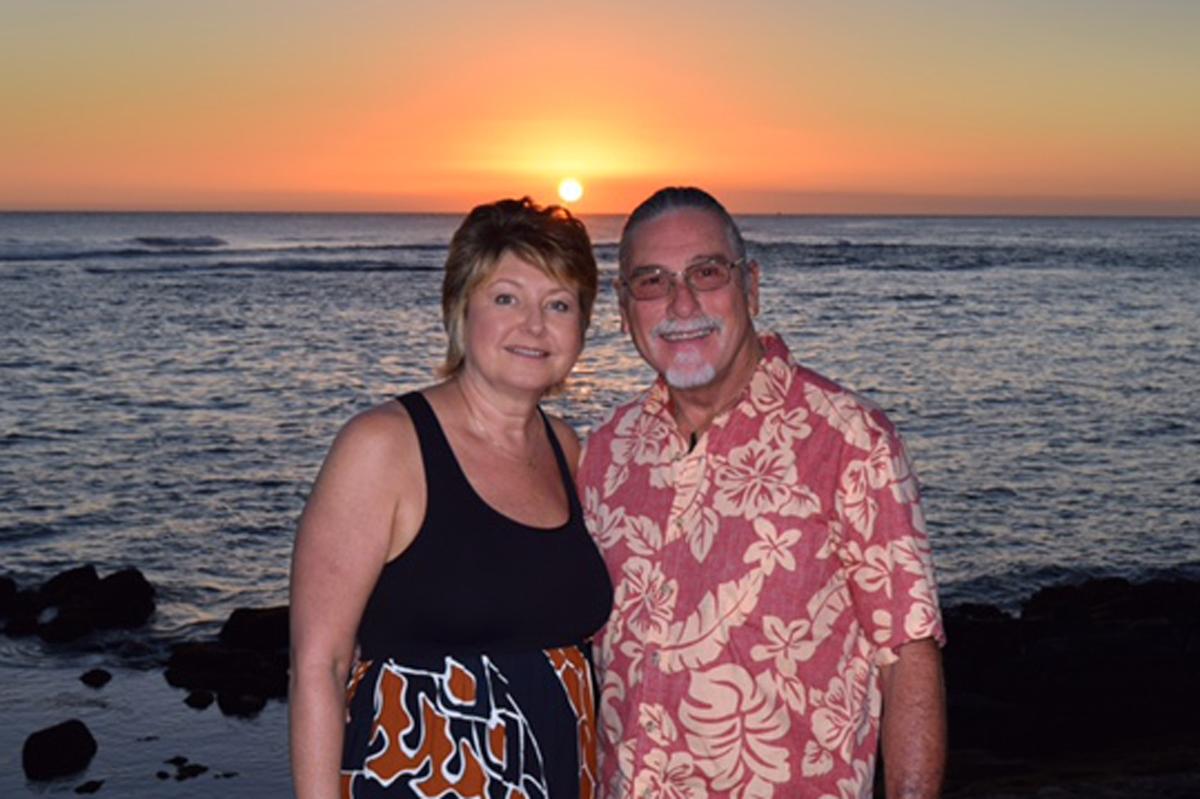 Lorri credits her husband, Larry, for standing by her side throughout her cancer treatment.

When Lorri Pilkington noticed a bruise on her breast, she thought it was a result of pushing her body too hard in her exercise class.

However, when the mark wouldn’t go away, she knew it was time to get things checked out.

“I was diagnosed Nov. 18, 2012, the day after my daughter’s 22nd birthday. I was 50 years old, too young for the Big C!” Lorri remembers of receiving the news that she had stage 2B breast cancer.

Lorri had a lumpectomy performed shortly after but, unfortunately, the cancer was still there.

A month later, Lorri had a mastectomy, after which she and her husband, Larry, met with the oncologists at Wilcox Medical Center to discuss her treatment plan. 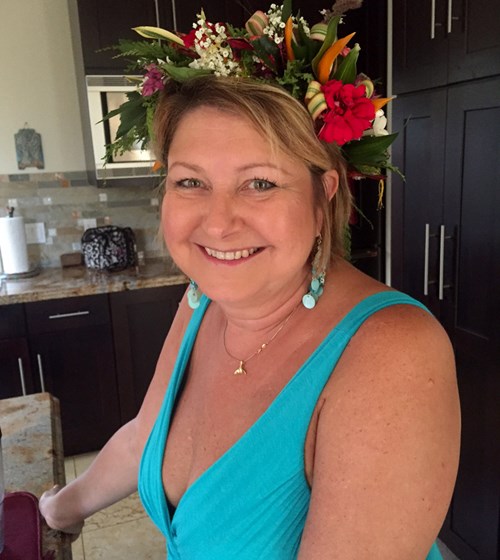 “After much research, we carried the oncologists’ recommendations to another medical center in Houston, Texas, for a second opinion. After three long and stressful weeks, I was given their recommendations – the Texas oncologists and Wilcox oncologists had identical treatment plans,” says Lorri. “We returned home to Kauai, comforted, knowing I was receiving the very best care on the planet.”

What would follow were 18 months of chemotherapy that involved treatments at the Wilcox Women’s Center each week.

Though the side effects of the chemo would leave her exhausted for days at a time, Lorri chose to continue her work as a registered nurse in the Wilcox Operating Room.

“Work gave me some control. It allowed me to focus on things that I did well,” she explains. “When working, I was productive, needed and made a difference. I was not the patient, I was healer. I needed to know that I was not defined as a cancer victim. I could not let cancer have total control of my life.”

Throughout her treatment, Lorri also made it her priority to offer support to other patients who were newly diagnosed with cancer.

After completing chemotherapy, Lorri began the journey of reconstruction. Going off the advice of her surgeon, she traveled to Texas, where she had Deep Internal Epigastric Perforator (DIEP) flap surgery.

Today, Lorri reports that she is healthy and in the best shape of her life. She is up at 5 every morning to do some sort of work out – HIIT, cardio, bodybuilding or spin class – with a great group of women who support each other in their fitness journey.

“I am happy and grateful for the wonderful people in my life because of my diagnosis,” Lorri says. “My husband and rock, Larry, took me to every appointment and treatment. He was my strength when I had none. Having the support of family and co-workers were key to my recovery too.”

Lorri says she also gained many great friends and warriors because of her diagnosis.

“We have created a special sorority of breast cancer ‘thrivers,’” Lorri says. “Our hope is to one day close this sorority, but until there is a cure, we will be there to support each other.”

While her journey has been long and at times frightening, Lorri says that now, she is thankful, even grateful for her cancer.

“Cancer has given me the opportunity to re-focus on things that truly matter to me, and let go of thoughts, ideas and expectations that were holding me back from becoming the best version of me,” Lorri explains. “Don’t get me wrong, I would not wish cancer on my worst enemy, but I cannot imagine being me without my cancer. It is forged into my mind and body, and I have the beautiful scars to prove it!”