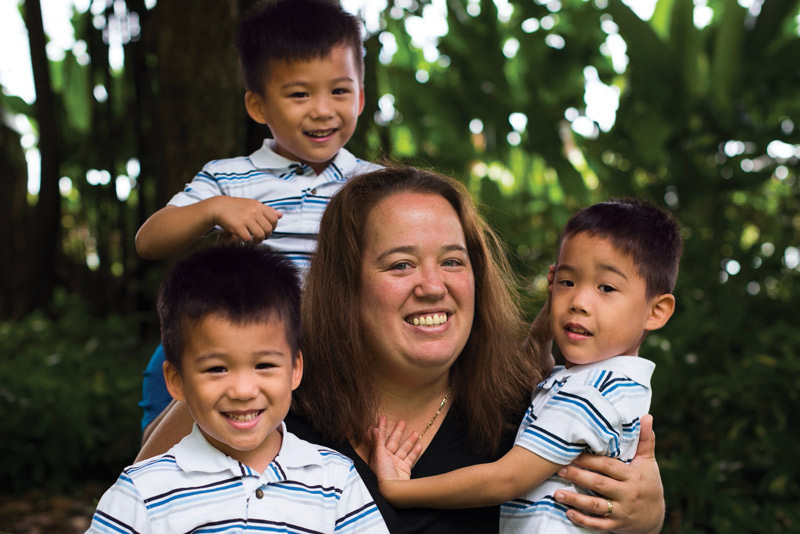 The journey to motherhood has been a long one for Kehaulani Lee, filled with many highs as well as a few lows.

Kehaulani met her now-husband, Victor, in 2000. The two were married in 2006 and immediately started trying for a family.

After two years, they decided to begin infertility treatments, including numerous intrauterine inseminations, as both Kehaulani and Victor faced fertility issues.

Between 2008 and 2010 Kehaulani underwent numerous surgeries to fix issues related to her polycystic ovarian syndrome (PCOS). During that time, she also had two miscarriages.

In 2010, she had a miscarriage and was hospitalized due to a sepsis infection.

“It took a few years for me to decide to try again,” Kehaulani says.

No matter how hard things may get, you just have to stay positive and keep pushing on."

In a last-ditch effort, they put back two of their four remaining embryos, but Kehaulani was not very hopeful of the outcome.

“I had had miscarriages in the past at 12 and 14 weeks, so I wasn’t too positive about this last try,” she admits. 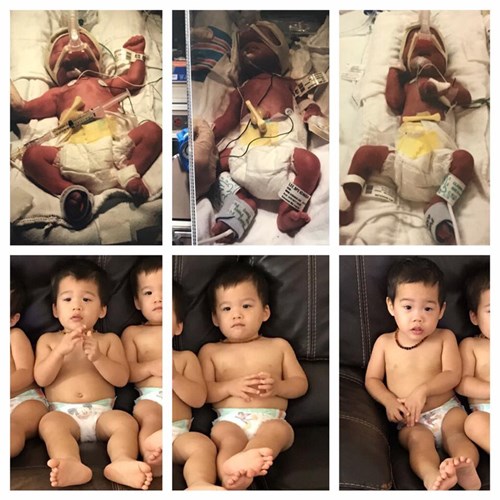 However, what came next at their ultrasound appointment was a complete shock.

“There were three heart beats! The rest was a whirlwind,” she says.

There were three heart beats! The rest was a whirlwind.”

Their elation was short-lived, however, when Kehaulani went into preterm labor at 24 weeks and 2 days gestation.

In the early morning hours of Sept. 5, 2014, she was admitted to Kapiolani Medical Center for Women & Children and placed on modified bedrest.

“I was mad with my body – that it seemed as if it was failing my babies. I was also very scared of the uncertainty of my babies’ health if they were born so early. I was a little bit of everything, but I was mostly scared for my babies and if the medical center staff and I could keep my body from going into labor further and prevent them being born too early,” Kehaulani says.

For the next five weeks, Kapiolani physicians and staff monitored Kehaulani and her babies around the clock, performing ultrasounds and checks periodically to make sure the babies were all thriving.

“I knew that for the safety and health of my babies that I needed to be in the medical center, but the care I received at Kapiolani from all the staff was awesome,” Kehaulani recalls of her time as an inpatient. 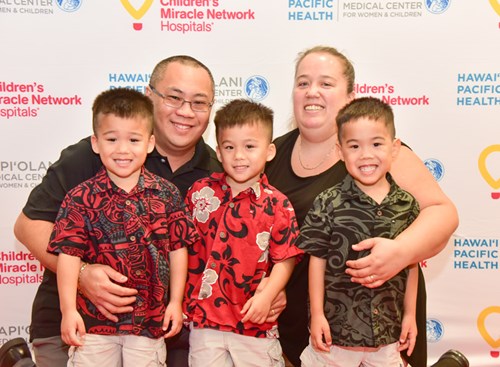 “Everyone – from the nursing staff, assistants, doctors and those in the Psychology Department – made sure I was OK. I was even visited by the medical center’s little service dog! It helped to bring my spirits up.”

Kehaulani gave birth to her sons – Benjamin, Dominic and Connor – at 29 weeks and 4 days gestation, which would require more time at the medical center as her boys were cared for in the Neonatal Intensive Care Unit.

The care I received at Kapiolani from all the staff was awesome."

“While my babies were in the NICU, I still got help if I needed anything or any support,” Kehaulani says. “Though my babies were in the old NICU when it was a large room with all the beds in rows. The Ronald McDonald House Room that the family could use – it had couches, TV, snacks, books and a kitchen – that was so helpful when we just needed somewhere to go to grab a snack or just to sit and think without being in the NICU or waiting room areas. That little rest area was a lifesaver for us.”

Five years later, Kehaulani and her three sons are all in good health.

“My boys are growing big and strong!” she shares.

For mothers who may be at a trying point in their journey with fertility, pregnancy or postpartum, Kehaulani has a message:

“That no matter how hard things may get, you just have to stay positive and keep pushing on. Do all that you can for the safety of you and your children, even if that means living in a hospital for weeks on end. Keep yourself busy, ask people for help, and let your nurses and doctors know what you are feeling so they can know exactly how they can care for you or try and make you feel better.” 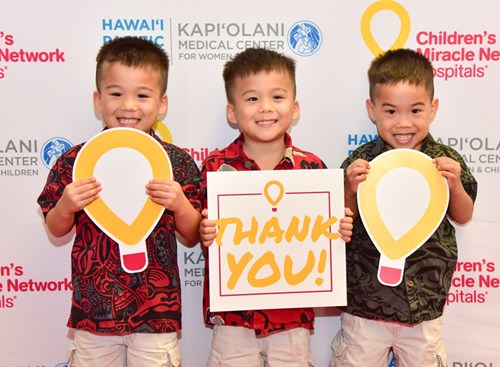