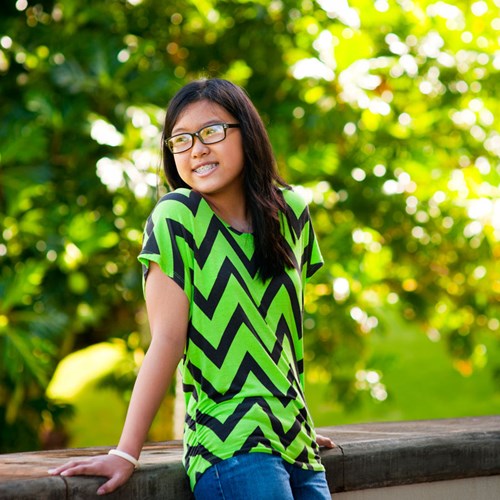 By the time Julie was 11 years old, she knew in her heart that the school band was for her.

When she was asked to participate in the big performance, Julie could barely contain her excitement. She practiced hard and thought of little else, even when she started to not feel well. A pesky stomach bug was not going to deter her from her big day.

But after a week of constant nausea, her parents sensed it was more than a “bug.”

The day before Thanksgiving, Julie saw her doctor. While walking down the hall, she suddenly felt weak and had to sit down. She began to see white spots and was rushed to Kapiolani. The family discovered her heart was pumping at less than 10 percent.

Julie was immediately taken to the Pediatric Intensive Care Unit (PICU) and stabilized. After a series of trials, tests and medications, it was determined that she would need a heart transplant.

Today, Julie still has a love of music as well as a fully functioning new heart.