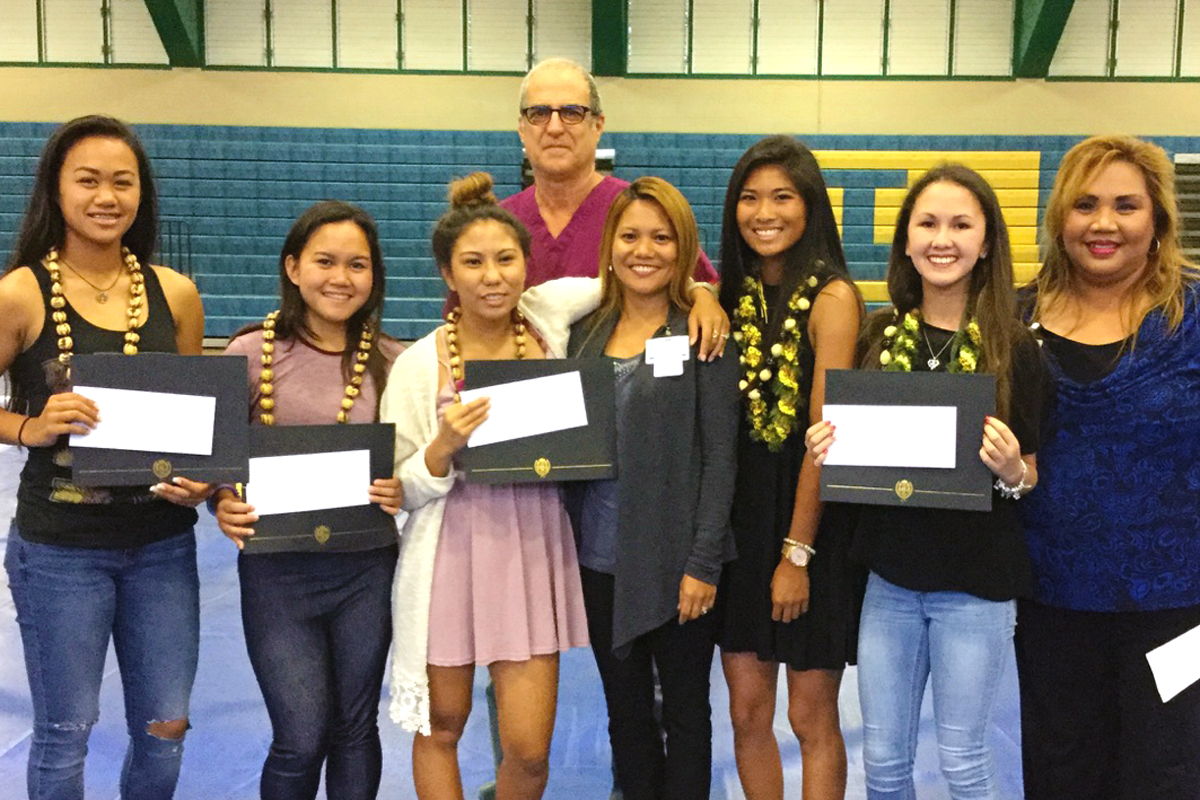 Recipients of the 2016 Straub Lanai Family Health Center Scholarships were Jordan Lee Sanches and Kananipuamohala Tolentino, who each received $1,000 during a Lana‘i High School awards assembly at the school.

This year, three scholastic awards in the amount of $500 each also were presented. Recipients of the 2016 Straub Lanai Family Health Center Scholastic Awards were Anelaokalani Fernandez, Kayci Kaopuiki Galiza and Xenia Urpanil.

This scholarship program was initiated in 2005 by a family medicine physician who formerly worked at the Straub Lanai clinic.

Since its inception 11 years ago, the program has awarded nearly $40,000 to more than 50 Lanai High School students who hope to pursue a career in medicine.