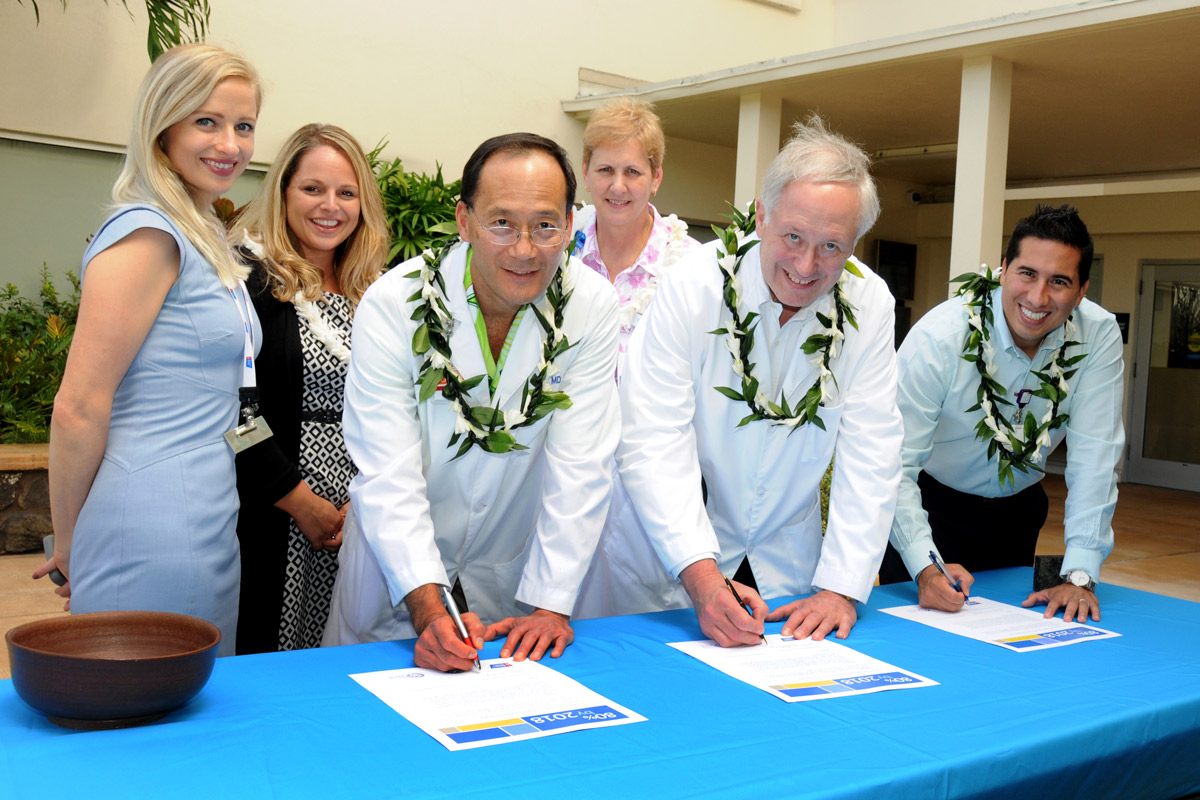 In 2017, the gastroenterology physicians at Straub Medical Center – to include Drs. Donald Saelinger (retired), Ike Tanabe, Timothy Swindoll, Mari Ikeguchi and Jonathan Gochu – along with the Hawaii branch of the American Cancer Society (ACS), committed to screening 80 percent of HMSA patients attributed to a Straub primary care physician.

The team is pleased to announce that it has achieved that goal, screening 81 percent of these patients.

The screenings were done in support of the “80% by 2018” initiative, led by ACS, the Centers for Disease Control and Prevention (CDC) and the National Colorectal Cancer Roundtable (an organization co-founded by ACS and CDC).

The simple message is that colon cancer screening saves lives.”

More than 500 organizations joined the commitment to screening 80 percent of adults ages 50 and older for colorectal cancer by 2018, with the shared goal to substantially reduce colorectal cancer as a major public health problem.

Colorectal cancer is the second leading cause of cancer-related deaths among men and women combined in North America as well as in Hawaii.

This year alone, 50,000 Americans will die from colorectal cancer. However, the majority of these deaths could have been prevented with regular colonoscopy screenings. 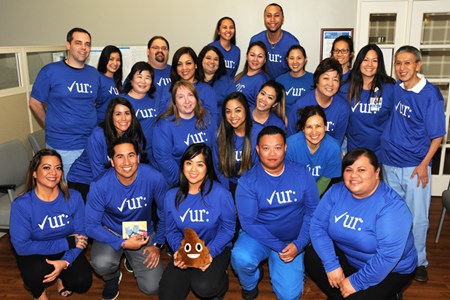 “Although there are several methods for screening for colon cancer, colonoscopy is by far the most effective,” explains Swindoll. “Colonoscopy not only finds colon cancer at an early stage, when it is most curable, it also allows for the detection and removal of precancerous polyps before they turn into cancer.”

The CDC recommends that colon cancer screening begins at age 50, or at age 40 for those who have a family history of colon cancer or colon polyps.