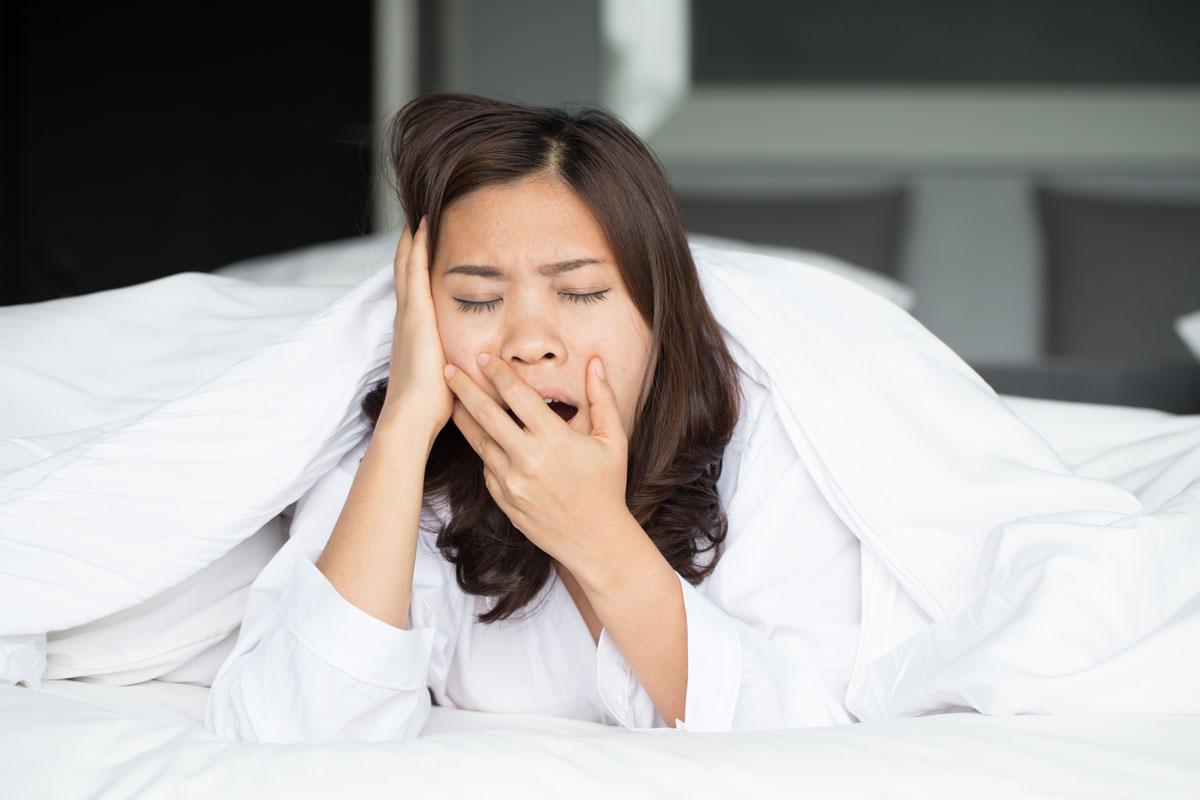 Of Periods, Pregnancy & Menopause: Sleep during Different Stages of a Woman’s Life

Researchers aren't sure why women seem to have more trouble sleeping than men, but they have noticed that women have the most difficulty when hormone levels change.

In other words, women are most likely to have problems sleeping soundly during pregnancy, early motherhood, menopause and, at certain times, during the menstrual cycle.

Whether or not fluctuations in hormone levels are directly linked to sleep is yet to be determined. Several studies are underway.

Researchers know that the hormone progesterone causes sleepiness. They also know that a woman's progesterone level rises during midmonth ovulation and then drops dramatically at the onset of a menstrual period. That drop also is the time when many women report having sleep problems.

To improve sleep during your period:

As any woman who has ever been pregnant can confirm, the body goes through intense changes during pregnancy. It's probably not surprising that your quality of sleep suffers too.

In the first trimester, a woman’s body is adjusting to abnormally high hormone levels. Women often will feel sleepier than usual, but they also may wake more frequently.

Nearly all women experience disturbed sleep by the third trimester. This often is related to the physical discomfort of carrying a baby.

Most women have difficulty with sleep during the postpartum period, but begin sleeping better after baby’s first year.

To improve sleep during and after pregnancy:

Much of the reason for this may be physiological. Women often experience hot flashes, a sensation of heat spreading from the chest to the neck and face. But while a hot flash might awaken a sleeper, life changes and the worries that come with older age also may be a source of wakefulness.

To improve sleep during menopause: