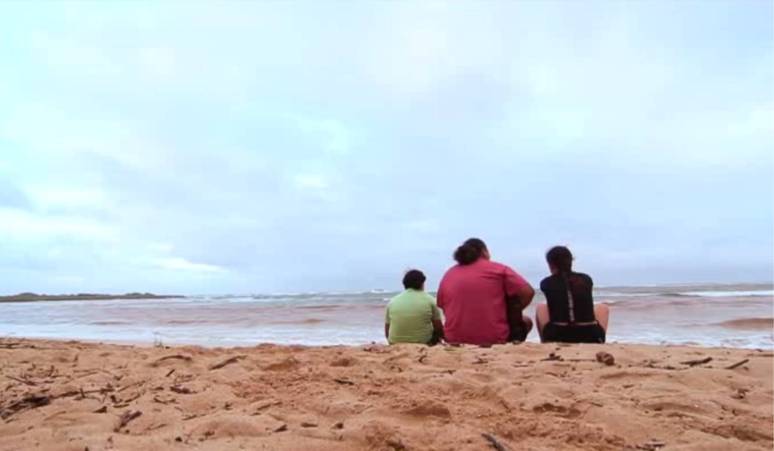 Bruce Naluai, a local ukulele musician with renowned Hawaiian music group “Vaihi,” was at the top of his career.  Then he started having a nagging cough, during which his arm frequently fell numb and he couldn’t move it for a few minutes at a time.

One day on his way to a performance, he started coughing and his vision failed. The next day he went to Straub Kailua to visit Dr. Leihualani Concepcion.  After several tests he was diagnosed with cancer.  Sadly, while undergoing treatment, his marriage fell apart.

The team at Straub took care of him – mind, body and soul.  Surgeons removed his tumor, doctors counseled him throughout his difficult journey, and the team in the Outpatient Treatment Center lifted his spirits and encouraged him to keep playing his ukulele.  They supported his young daughters being there with him during his treatments.

On the last day of his chemotherapy treatment, his band members joined him.  They played music together to celebrate Bruce’s final treatment and to lift the spirits of the other patients getting chemotherapy.

Bruce is now in remission and is still playing his music.