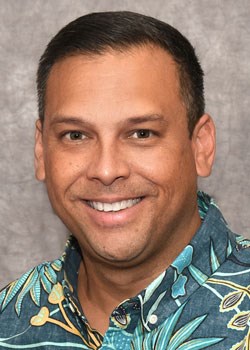 Mathew Loughlin has been named vice president of hospital operations for Pali Momi Medical Center. He will be responsible for working with teams throughout the medical center to increase operational efficiencies and continue quality, cost-effective care initiatives addressing the health care needs of the Central and West Oahu communities.

“I believe it is important to embrace a culture of innovation where exploring and implementing fresh ideas is encouraged,” said Loughlin, who officially began his new appointment May 1.

“I am very grateful for this opportunity,” he said. “I’ve built my professional career here at Pali Momi, and it’s an honor to take this next step and serve in this new role.”

Loughlin has played an instrumental part at Pali Momi and Hawaii Pacific Health for more than 20 years. He joined HPH in 2001 as a graduate nurse in the Pali Momi Emergency Department. During the last two decades, he has progressed within the organization, serving as an ED charge nurse, hospital house supervisor and manager of patient flow.

In 2016 he moved into risk management for the HPH system, first as a manager and most recently as a director. For both of these roles, Loughlin utilized his expertise in root cause analysis, problem-solving and communications to lead the Pali Momi team through patient relations encounters.

A Mililani resident, Loughlin was honored by his peers as Pali Momi’s ED Nurse of the Year in 2002 and again in 2009.