Dr. John Culliney of Wilcox Memorial Hospital Inducted as Fellow of the American College of Radiology 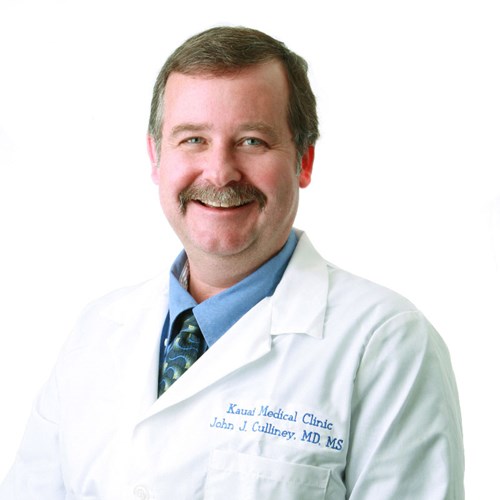 “We are very proud of Dr. John Culliney’s induction as a fellow of the American College of Radiology,” said Jen H. Chahanovich, president and CEO of Wilcox Memorial Hospital and CEO of Kauai Medical Clinic. “He joins a prestigious group of physicians and researchers. It’s truly an honor to have the only Hawaii Fellow in this year’s inductee as a member of the Wilcox ohana.”

As an ACR Fellow, Culliney joins the impressive ranks of ACR members who have received one of the highest honors it can bestow on a radiologist, radiation oncologist or medical physicist. To be awarded an ACR Fellowship, a member must be in good standing of the College and have demonstrated both significant accomplishments, as well as a history of service to the College, organized radiology, teaching, or research. Since the College’s conception in 1923, both membership and induction of fellows have been reserved for members who have demonstrated prominent distinction in the specialty. Only about 10 percent of ACR members achieve this recognition. Culliney is the first FACR to practice on the island of Kauai.